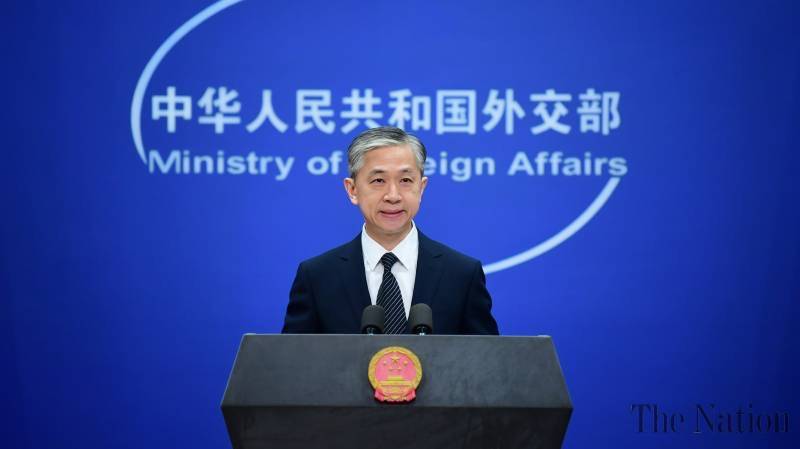 “Just as President Alvi link pointed out, the CPEC not only benefits the people of China and Pakistan, but will also boost the development of other countries in the region and elevate connectivity and economic cooperation throughout the entire region,” Chinese Foreign Ministry’s Spokesperson Wang Wenbin told media in a response to a question in this regard.

“We have noted President Alvi’s remarks,” he said and added, “The CPEC is an important pilot program of the Belt and Road Initiative (BRI) and a flagship in China-Pakistan cooperation.”

He remarked that since its launch six years ago, major progress had been achieved with a large number of projects starting construction or being completed and more than $25 billion direct investment flowing into Pakistan.

“The completed projects have greatly improved transportation infrastructure and electricity supply in Pakistan, created over 70,000 direct employment opportunities, contributed between one percentage point and two to its annual GNI growth, and enhanced socioeconomic growth and people’s well-being,” he added.

Wang said, “China firmly supports CPEC development and stands ready to work together with Pakistan to act on our leaders’ consensus and, on the basis of continued solid progress in infrastructure development, focus on cooperation in social welfare, industrial and agricultural cooperation, to turn the CPEC into a demonstration project for high-quality BRI development and deliver more benefits for the two countries and regional countries.”

It may be mentioned that President Dr. Arif Alvi in a telephonic talk with his Turkmen counterpart Gurbanguly Berdimuhamedov had said that China Pakistan Economic Corridor (CPEC) would boost regional connectivity and particularly Afghanistan and Central Asian Republics would benefit from its road and railway infrastructure. He also highlighted importance of Gwadar seaport.