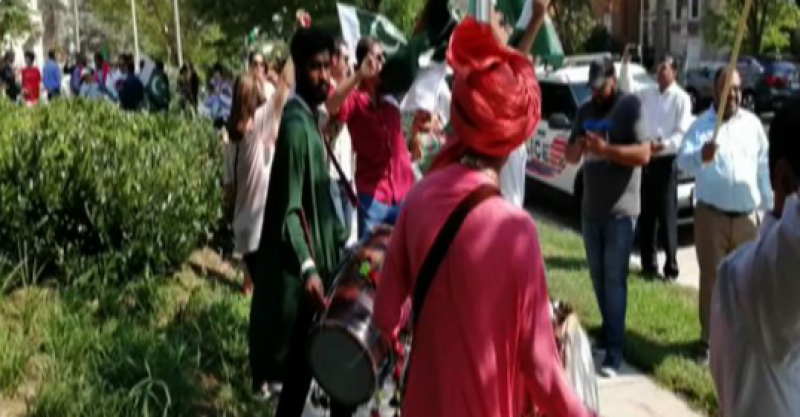 *ISLAMABAD - PM Imran Khan given an unprecedented welcome at Washington Airport, Pakistani Embassy upon arrival for his visit to United States.*

*Prime Minister Imran Khan arrived in Washington DC Saturday and was warmly greeted both at the airport and the Pakistani Embassy by charged up PTI supporters. *

He arrived in the US capital via a Qatar Airways flight and was greeted at the airport by Foreign Minister Shah Mahmood Qureshi who was already in the US and Pakistani Ambassador to the US Dr Asad Majeed Khan.

After a brief rest at the Pakistani Embassy, he also met the business community. The premier is in DC for a three-day trip and will be meeting US President Donald Trump on July 22 at the White House.

He will also meet the heads of the World Bank and International Monetary Fund. He is also scheduled to address the Pakistani community.

Chief of Army Staff General Qamar Javed Bajwa is also with him and will be meeting top leadership of the US Army.

PTI workers at the airport welcome the premier by playing the dhol and shouting slogans. People gathered outside the Pakistani Embassy also dressed up in PTI colours and paraphernalia.