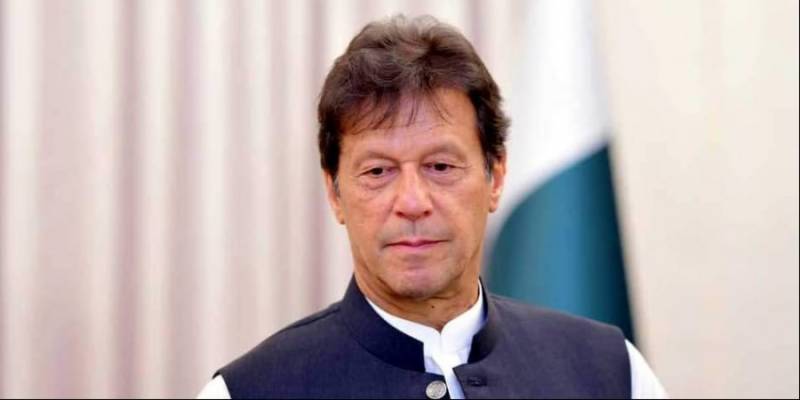 WASHINGTON – Prime Minister Imran Khan arrived in Washington Saturday at the start of a visit during which he will hold talks with President Donald Trump on cementing Pakistan-U.S. relations in a range of areas.

The July 22 talks with the U.S. president will mark an effort by the two leaders to repair the ties and expand bilateral cooperation on trade and investment as well as work toward peace in South Asia at large and Afghanistan in particular.

The talks between President Trump and PM Imran Khan – their first-ever face-to-face interaction – follows Pakistan’s facilitation of U.S. attempt for a political solution to Afghanistan war.

President Trump will warmly welcome the Pakistani leader in his Oval Office for talks which will then extend to a working luncheon to be attended by Cabinet members and senior Pentagon leaders.

The U.S. president will personally show around historical parts of the White House to PM Khan in a sign of warming relations between the two countries. According to Foreign Minister Shah Mehmood Qureshi, this will provide an opportunity to develop further understanding of the benefit of bilateral relations.

“President Trump and Prime Minister Khan will discuss a range of issues, including counter-terrorism, defence, energy, and trade, with the goal of creating the conditions for a peaceful South Asia and an enduring partnership between our two countries,” a White House statement said last week.

The prime minister will address a large gathering of Pakistani-Americans who keenly follow his agenda of Naya Pakistan. He will also interact with top American lawmakers and Pakistan Caucus on the Capitol Hill.

A key part of the visit will be the PM’s interaction with American investors as he will invite them to be part of Pakistan’s development efforts in a business-friendly environment.