Pakistani exports to hit $36 billion by the end of PTI government tenure
21 Jul, 2019 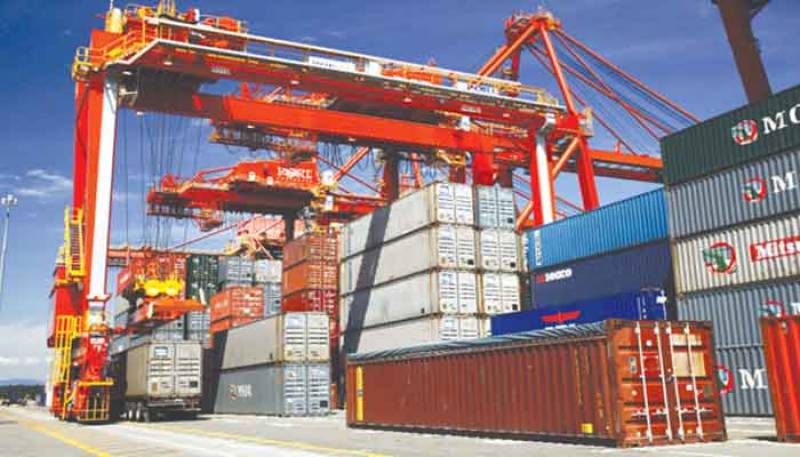 ISLAMABAD: The International Monetary Fund (IMF) has projected that Pakistan’s exports will increase to US $ 36.7 billion in five years by the year 2023-24.

The pressure of current account deficit on the country will also ease out gradually from its peak US $ 19.9 billion in 2017-18 to as low as $6.95 billion in current fiscal year while US $ 5.49 billion in 2020-21, the IMF said in its recently published staff report on Pakistan.

The trade deficit would also decline to US $ 24.9 billion in current fiscal year from US $ 29.46 billion in 2018-19, however it will further go up to US $ 26.8 billion mainly on the back of growing import needs in coming years.

Meanwhile the report also estimated that due to policy measures committed by the Pakistan authorities, the Federal Board of Revenue (FBR) is likely to collect around Rs 5.5 trillion during current fiscal year which would increase to Rs 7.001 trillion in next year while in 2021-2022 the revenues would reach to Rs 8.3 trillion and Rs 9.48 billion in the subsequent year.

Staff and the authorities concurred that an additional 4-5 percentage points of GDP in additional tax revenues could be achieved by the end of the program, bringing Pakistan tax ratio in line with peer Emerging Markets.

In the near term, measures include removing exemptions and preferential treatment to reduce distortions in the tax system and broaden the tax base.

These include the removal of GST exemptions and preferential rates, except for basic food and medicines, a measure that would significantly improve revenues, the report added.