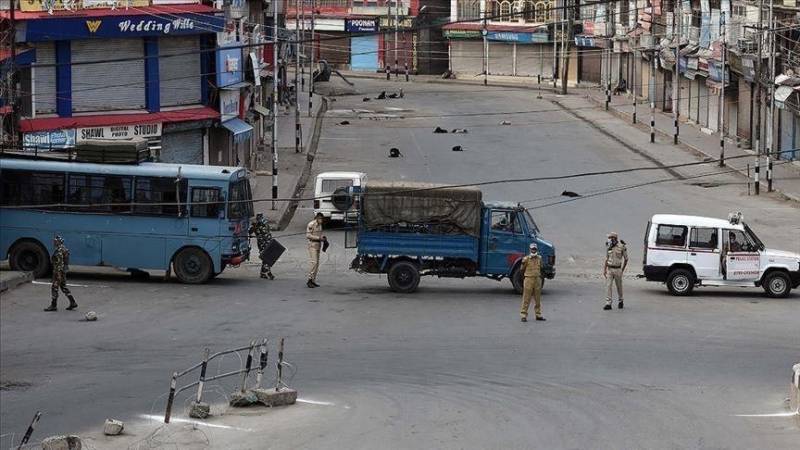 Pakistan on Wednesday urged the media in Turkey to play their role in spotlighting various issues related to Kashmir and, in particular, the tales of “half-widows” and prisoners.

“Pakistani and Turkish media should narrate the tales of half-widows and prisoners of conscience of Indian illegally occupied Jammu and Kashmir to world audiences,” Afridi told the launch ceremony of the website "Turkey Urdu," which aims to bring the two countries closer.

Half-widow refers to Kashmiri women whose husbands have disappeared during the ongoing conflict in Kashmir. These women do not know if their husbands are dead or alive.

“Turkish media is available to Pakistan to present its good image abroad,” Turkish Ambassador to Pakistan Mustafa Yurdakul said at the occasion.

“Building a narrative is important in today's world, but I believe that now we have many, many media that you can use to spread the true, genuine image of Pakistan around the world,” Yurdakul said.

“They are making very in-depth, correct analyses, putting everything in in the right perspective,” the ambassador added.

“We have TRT Urdu, which is also available online, and we have Anadolu Agency’s representation here in Pakistan. It is up to you and us to come up with a receptive narrative,” he said.

“It is unparalleled,” he said, and added: “Turkish media has instilled a new soul to Muslim heroes.”

Referring to popular Turkish TV series exports such as Dirilis Ertugrul and Yunus Emre, Afridi said Pakistan and Turkey will fight the “case of the revival of the Muslim ummah, and the future world will present the Pakistan-Turkey friendship as a model for world nations.”

“The media's role in modern times has proved its utility,” he said. “The way the Western world has used modern media tools to distort the image of Muslims proves this. They have distorted history through misusing media tools. This is why Prime Minister Imran Khan has been urging that the media be used to project the true image of Pakistan and the Muslim ummah.”

He added: “Turk Lala is another project of Tekdin Films, and the Kashmir Committee is supporting this initiative.”

Turki Lala, a series proposed by Turkey and Pakistan, will highlight the role of South Asian Muslims in the sub-continent during the Balkan Wars.

"With better business conditions in Pakistan and a better understanding that Turkish companies working in this country are an important asset for Pakistan, I am sure more Turkish investors and entrepreneurs will come to this beautiful country,” he said.​​​​​