Pakistani PM Khan to leave for a game changer visit of Russia, first in 23 years by a Pakistani PM
21 Feb, 2022 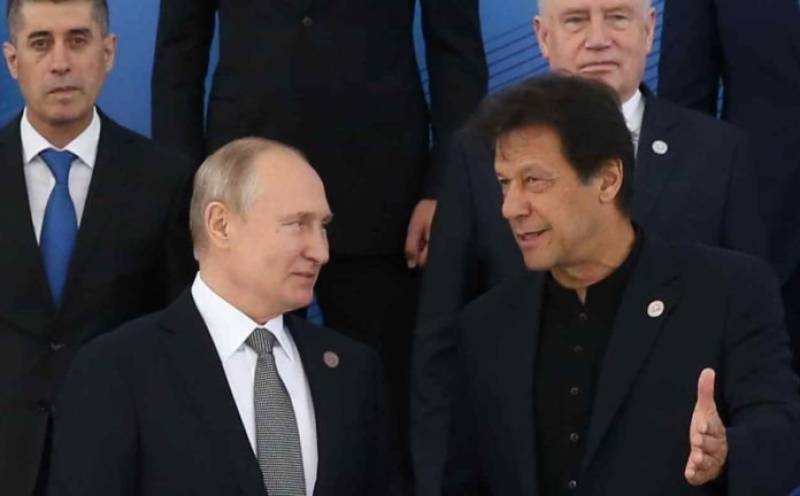 ISLAMABAD – Pakistan's Information Minister Chaudhry Fawad Hussain said on Saturday that Prime Minister Imran Khan’s visit to Russia next week would prove to be a “game-changer”.

Nawaz Sharif, who was disqualified for prime minister's office in 2017 and is now living in a self-imposed exile in London, was the last Pakistani prime minister to visit Moscow in 1999.

“After 23 years, a Pakistani leader has been invited to Moscow,” Hussain told reporters. “You will find very few examples [of leaders] who have been given the respect that President Putin has extended to Prime Minister Imran Khan. This visit will prove to be a game-changer."

Hussain said Pakistan was about to establish “very stable” relations with Russia, like the ties it enjoys with neighbouring China. Praising the prime minister, Hussain said the world listens to Khan’s views on Islamophobia and other important issues.

Khan’s upcoming visit to Russia holds special importance as Pakistan and Russia had developed a bitter rivalry during the Cold War days after the Soviet Union invaded Afghanistan. Pakistan supported the United States during that period and assisted Afghan resistance factions with their guerrilla warfare.

The two sides have tried to broaden and deepen their relations in recent years, with Russia lifting a decades old arms embargo in 2014.

Pakistan’s increased diplomatic engagements with Russia are said to be part of its quest to diversify its foreign policy.

Last year, the two countries formally signed an amended inter-governmental agreement for a flagship pipeline project due to be carried out by Russia which would join Pakistan’s Punjab province with the Karachi port city.

The project was earlier known as the North-South Pipeline, though it is now called the Pakistan Stream Gas Pipeline Project which will deliver imported liquefied natural gas (LNG) from Pakistan’s coastal regions to industrial areas in Punjab.

The initiative has remained on hold since 2015 due to disagreements over fees and United States’ sanctions against the Russian state conglomerate Rostec.