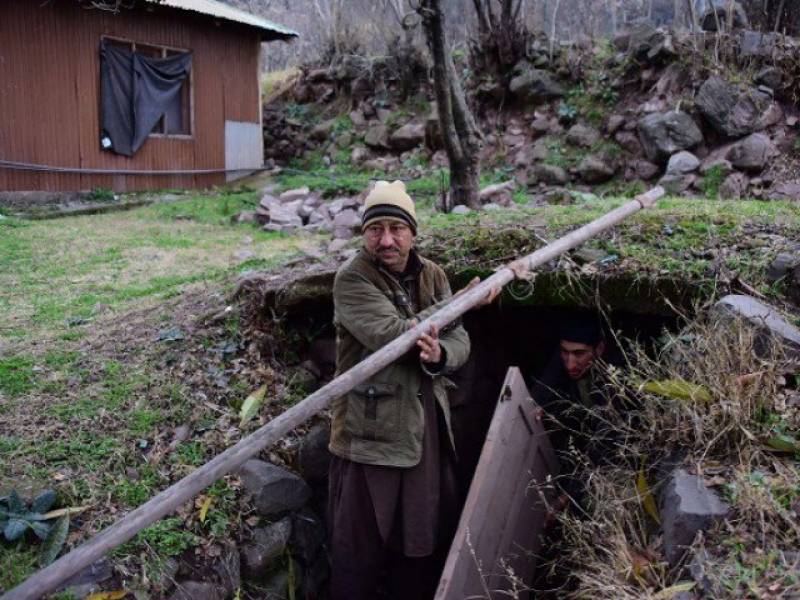 CHAKOTHI: Bunkers are being rebuilt and a blackout has been ordered, but schools and bazaars remained open on Thursday in Chakothi, a border village in Azad and Jammu Kashmir, after a deadly attack sent tensions with the neighbouring India soaring.

Residents were worried but life was going on in the village of some 3,000 inhabitants just three kilometres from the Line of Control.

Schoolchildren attended classes as usual and customers crowded the markets and stalls of the bazaar.

Tensions have spiralled in recent days following a suicide attack in Indian occupied Kashmir that killed over 40 Indian paramilitaries and was reportedly claimed by the banned outfit Jaish-e-Mohammed (JeM).

Shabbir Ahmed Pirzada, a resident of Chakothi, decided to rehabilitate an old bunker next to his house that was first built in 2000, when the Indian army frequently bombarded the area.

Chakothi has not been touched since a ceasefire was declared in 2003.

“God forbid, if such situation develops, we can save ourselves in the bunker. We are not afraid, as we have seen Indian shelling in the past,” he said.

Local authorities have encouraged residents in areas near the Line of Control to take additional precautions against the risk of “mischievous action” by the Indian army.

“Bunkers should be constructed in areas where they don’t exist. Unnecessary lighting should be avoided after sunset and people should refrain from travelling on roads located close to LoC,” the local disaster management agency has warned residents.

“We are scared for our children when they go to school,” said Jamila Kathoon, a housewife, pointing out that the local school had been hit by shelling in the past.

“We had built bunkers in our mud houses in the past, for our safety. Now we have houses with tin roofs, which are not safe. There will be more loss if there is shelling in the area,” added another resident, Zaheer Ahmed. “We are very worried,” he said.

Others are worried about the economic consequences of the crisis.

The cross-border bus service serving both sides of Kashmir since 2005, as well as modest barter operations implemented in 2008 as part of peace efforts, were partially halted this week by Delhi.

“There will be huge losses to the traders… The two countries should find a political solution to the Kashmir issue,” said Jan Muhammad, a Kashmiri trader.