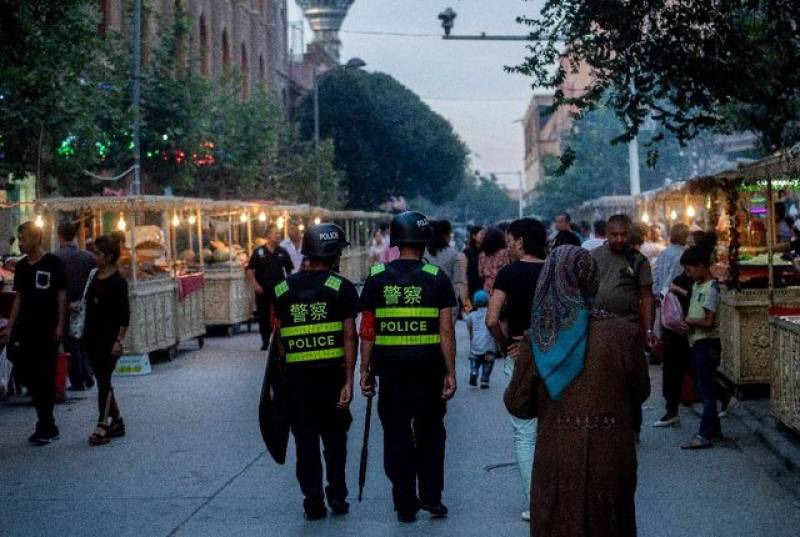 ISLAMABAD - Pakistan on Thursday defended its close ally China against a growing outcry over Muslims who are being detained by Chinese authorities, saying the issue was being "sensationalised" by foreign media.

Numerous extrajudicial detention centres have been set up in China's vast, troubled Xinjiang region, holding as many as one million ethnic Uighurs and other Muslim minorities, according to estimates cited by a UN panel.

Among them are believed to be dozens of women who married men from neighbouring Gilgit-Baltistan region in Pakistan, where people regularly cross the border into China for trade.

"Some section of foreign media are trying to sensationalise the matter by spreading false information," Mohammad Faisal, spokesman for Pakistan's ministry of foreign affairs, told reporters at a weekly press briefing in Islamabad on Thursday.

"As per Chinese authorities, out of 44 women, six are already in Pakistan. Four have been convicted on various charges, three are under investigations, eight are under going voluntary training. Twenty-three women are free and living in Xinjiang of their own free will," he added.

In recent years, Pakistan has heavily pushed its relationship with China, lauding the tens of billions of investment dollars that Beijing is pouring into the country as a "game changer".

But China has had difficulty reconciling its desire for development with fears that Uighur separatists will import violence from Pakistan.

Chinese authorities have long linked their crackdown on Xinjiang's Muslims to international counter-terrorism efforts, arguing that separatists are bent on joining foreign extremists like Al-Qaeda.

They describe the camps as "vocational education centres" for people who appear to be drawn towards Islamist extremism and separatism.

But human rights activists say members of China's Muslim minorities are being held involuntarily for transgressions such as wearing long beards and face veils, and that the region has become a police state.

Faisal said his ministry and Chinese authorities will continue to coordinate on this matter.

"The Chinese authorities have also offered to arrange visits to Xinjiang of the families of the convicted women," said Faisal. - APP/AFP