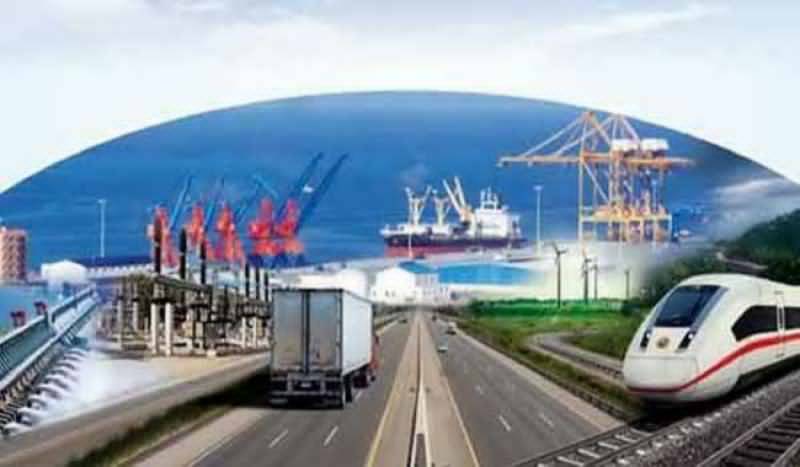 BEIJING: Federal Minister for Planning, Development and Reform, Makhdoom Khusro Bakhtiar has hoped that one of the nine special economic zones under the China-Pakistan Economic Corridor (CPEC) would start its commercial operation by the first quarter of 2019.

“The two sides also are exploring the possibility expedite the growth of the manufacturing sector in Pakistan,” he said told China Daily.

The minister who visited Beijing to head the Pakistani delegation to the eighth Joint Cooperation Committee meeting of the CPEC, said the corridor, part of the Belt and Road Initiative, first proposed by the two countries’ leaders five years ago, included a variety of infrastructure projects such as roads, railways and oil and gas pipelines from Gwadar Port to Kashgar in the Xinjiang Uygur autonomous region.

The minister reaffirmed Pakistan’s full commitment to the BRI, of which CPEC was a signature project.

He said that ensuring the safety of Chinese nationals and businesses was one of the priorities of Pakistan, and the nation’s special security division could be further reinforced.

The minister said the two countries needed to broaden the corridor’s base and hasten its pace and added, the two sides had maintained frequent high-level exchanges since Imran Khan became prime minister in August.

One of the major consensuses reached between the two countries was adding more areas, such as social and economic development and agricultural and industrial sectors, to the CPEC agreement.

“We have seen a lot of milestones achieved in early harvest projects, especially in the energy sector,” he said.

“People across Pakistan, including policymakers, value the role and significant contribution that the CPEC has made toward the present and future economic growth of the country,” he said.

One focus of the Pakistani delegation will be on increasing bilateral cooperation in the agricultural sector and poverty alleviation in Pakistan under the framework of CPEC, he said.

“It will have far-reaching impacts, especially in the less developed areas of Pakistan,” he said.

Regarding the attack on the Chinese consulate in Karachi last month, he said, it would only strengthen the resolve of China and Pakistan to take their relations and the CPEC.

The minister said the perpetrators of the’ incident obviously did not want the CPEC to grow “But such cowardly attempts only further strengthen our resolve to take our bilateral relationship and the CPEC to new heights,” he added.