US takes important decision over issue of reimposing of biting sanctions against Iran
20 Sep, 2020 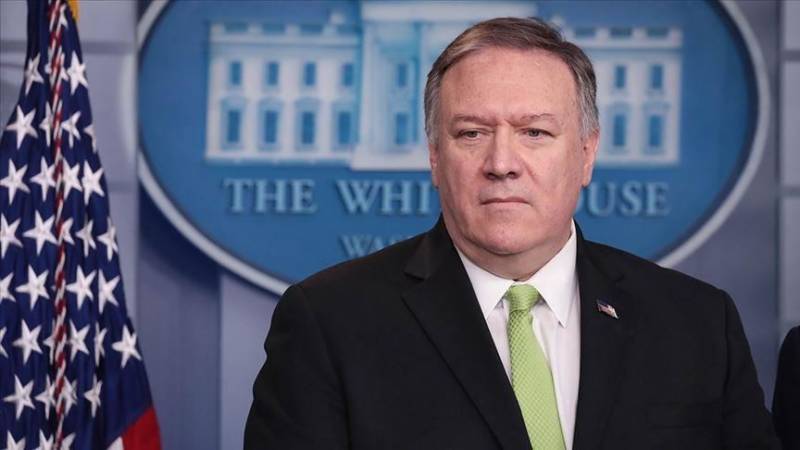 The US declared Saturday the re-imposition of biting UN sanctions on Iran that were lifted as part of a 2015 nuclear accord struck with world powers in a process known as “snapback.”

"On August 20, the United States notified the President of the Security Council of Iran’s significant non-performance of its JCPOA commitments. This notification triggered the 30-day process leading to the snapback of previously terminated UN sanctions, which became effective at 8pm Eastern Daylight Time on September 19," US Secretary of State Mike Pompeo said in a statement.

The US’ declaration is being taken despite all other signatories to the Joint Comprehensive Plan of Action (JCPOA) refusing to recognize Washington’s ability to trigger snapbacks. A position also held by nearly all members of the UN Security Council.

Trump’s 2018 decision to leave the JCPOA over objections from all the other deal’s participants has led to the near uniform position with the Council that the US lacks legal standing to trigger the re-imposition of international sanctions.

The US maintains that as a signatory to the Security Council resolution that endorsed the deal it can still move to reimpose sanctions, a legal theory rejected by even extremely close US allies.

Along with allies, US adversaries are now likely to simply ignore the US announcement.

Pompeo said Washington will announce a range of additional measures to strengthen implementation of UN sanctions in coming days and hold violators accountable.

"Our maximum pressure campaign on the Iranian regime will continue until Iran reaches a comprehensive agreement with us to rein in its proliferation threats and stops spreading chaos, violence, and bloodshed," said Pompeo.

Shortly after Pompeo visited the UN last month, in a move the US said was designed to begin a 30-day deadline for sanctions to kick back in, former UN Security Council President Triansyah Djani dismissed the move by Washington, citing a lack of consensus within the Council on the US' standing to trigger snapback.

"It is clear for me that there is one member that has a particular position on the issues, while there are significant numbers of members who have contesting views," Djani, the council president for August, said after being pressed to comment by Russian and Chinese ambassadors during a virtual council meeting.

"In my view there is no consensus in the council, thus the president is not in the position to take further action," he added.

Gunter Sautter, Germany's deputy envoy to the UN, welcomed Djani's finding during a virtual Security Council meeting, and slammed what he said was the "purported notification" delivered by Pompeo, calling it "in legal terms, null and void."

That position has been adopted not only by Germany, but also France, UK, Russia, China and Iran. Anadolu Agency