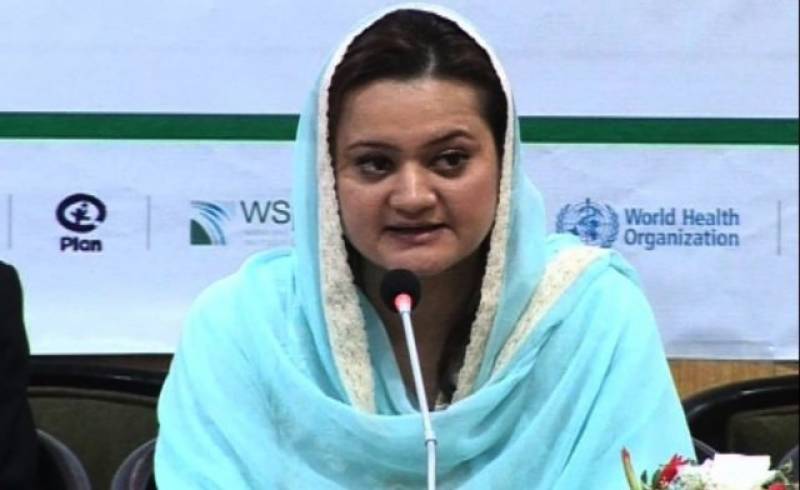 LAHORE (APP): State Minister for Information, Broadcasting and National Heritage Marriyum Aurangzeb on Friday said the government had prepared draft of "The Journalists Protection Bill," aimed at ensuring the safety and welfare of the journalist community across the country.

Maryam Aurangzeb: Profile of the new Minister of State for Information

She was addressing the journalists at "Meet the Press" programme organized by the Lahore Press Club (LPC).

Marriyum said that Prime Minister Muhammad Nawaz Sharif gave her the task to initiate legislation for the security and welfare of the working journalists in consultation with press clubs, journalists organizations and media houses.

She said that after thorough deliberations, a draft was prepared which would be tabled before the parliament after taking all the stakeholders into confidence.

Under the act, journalists would be provided international standard professional training, besides insurance cover keeping in view the modern needs and the risks faced by them, while performing their duties.

She said that media persons would very soon hear a good news regarding their protection and career growth in the form of this act.

To another query, Marriyum said that government was fully committed to ensure transparency in all sectors and the Right to Information Act was being introduced, which was one of the key components of good governance.

She told the participants that Wage Board Award would be implemented after taking the journalist representative organizations and the media houses on board.

Journalists to be trained on safety measures in conflict areas reporting

The state minister said that women empowerment was the hallmark of the government and female journalists would be provided a safe and honourable working environment across the country.

Later, a souvenir was presented to the Minister by Lahore Press Club's Governing Body.