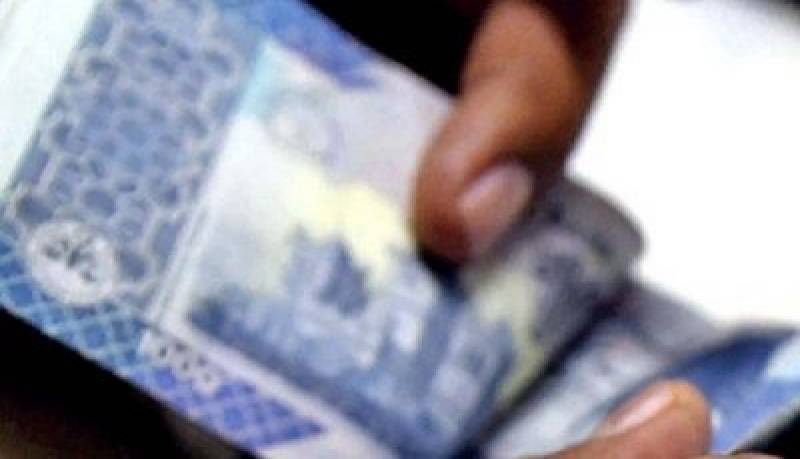 The federal government’s debt grew at a double-digit pace to Rs35.8 trillion by November 2020 on an annualised basis, an addition of Rs3.7 trillion in one year, as it faces pressure to reduce dependency link on short-term debt to minimise the refinancing risks.

The central government debt, which was Rs32.1 trillion in November 2019, surged to Rs35.8 trillion within a year, reported the State Bank of Pakistan link (SBP) on Monday. There was an increase of Rs3.7 trillion or 11.5% in the debt stock, according to the central bank.

The Rs35.8 trillion debt was exclusive of the International Monetary Fund (IMF) debt as the Fund’s loan was recorded on the balance sheet of central bank.

The debt stock is also exclusive of the liabilities that the government indirectly owes to creditors. Thus, the gross public debt is far higher than the central government debt.

On average, per day addition to the public debt link jumped to Rs13.2 billion since the Pakistan link Tehreek-e-Insaf (PTI) came to power.

The SBP report showed that the central government’s total domestic debt increased from Rs21.4 trillion in November 2019 to Rs24.1 trillion by November of current fiscal year. There was a net addition of Rs2.7 trillion or 12.6% to the domestic debt.

The report showed that a major increase in the federal government’s debt was on account of long-term debt, which swelled from Rs16.6 trillion to Rs19.1 trillion in one year. There was an increase of Rs2.5 trillion or 15% in the long-term debt.

It was largely because of the government’s decision to convert its short-term borrowing link the central bank to long-term debt. This helped increase the maturity period of debt but also increased the cost of debt servicing.

Sources said that the government was facing pressure from the IMF to enhance the maturity period of its debt. Due to the reason, it had to accept bids in the last bond auction, which were higher than the previous borrowing rates.

The market has taken this as an indication of the increase in policy rate by the central bank in coming months as the government is gearing up to revive the stalled IMF loan programme.

Short-term domestic debt increased at a relatively slower pace, from Rs4.8 trillion to Rs5 trillion by November 2020 due to shift in borrowing to long-term instruments.

The federal government’s debt, acquired through the sale of Market Treasury Bills (MTBs) to commercial banks, increased from Rs4.2 trillion to Rs5 trillion, a surge of Rs768 billion.

External debt of the central government increased from Rs10.7 trillion to Rs11.7 trillion by the end of November 2020, an increase of Rs991 billion or 9.2% in one year.

The government’s debt is growing at a double-digit pace due to its inability to enhance revenue at rates that are sufficient to absorb the growing current expenditures. The Federal Board of Revenue’s (FBR) tax collection grew at less than 5% rate in the first half of current fiscal year.

The federal budget deficit soared to nearly Rs1 trillion in the first five months of current fiscal year, despite a continued squeeze on defence and development spending and keeping some expenditures off the books.

Overall, the total federal government expenditures increased 14.5% to Rs2.4 trillion during the July-November period. Expenses were higher by Rs300 billion compared to the same period of last year.

Out of the increase of Rs300 billion, an additional spending of Rs244 billion was on account of debt servicing, which means other expenditures of the federal government remained almost at the same level compared to last year.

During the July-November period, the net increase in the central government debt was Rs715 billion, which was in line with the federal budget deficit.

The difference between Rs1 trillion federal budget deficit and Rs715 billion increase in debt was because of cash surplus generated by provinces and benefit of currency appreciation.