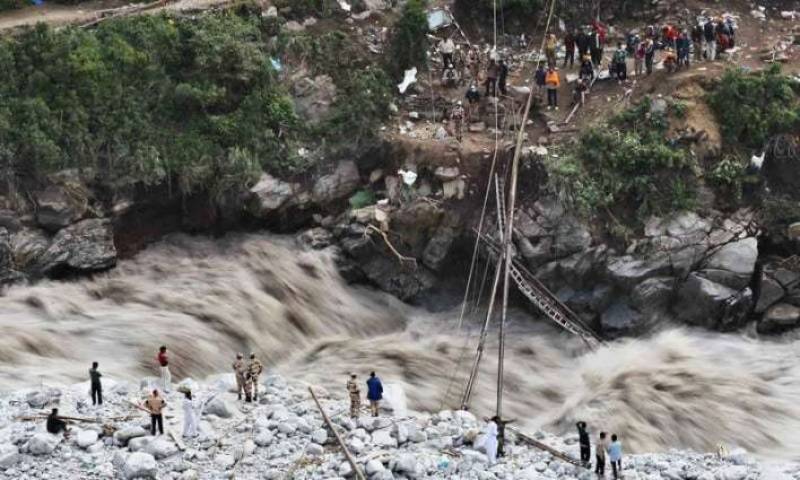 PESHAWAR:Road connecting Chitral with Peshawar has been closed for all traffic near Darosh to avoid any untoward incident due to heavy flood in streams and water channels triggered because of torrential rain last night.

According to APP Correspondent in Chitral, there was a massive traffic jam on Chitral-Peshawer road and the officials of National Highway Authority are trying hard to open the road for traffic closed due to heavy flood. There were also reports that four persons were badly injured in different road mishaps including motor car and motorcycle collision due to slippery road and another accident of two motor cars collided head-on coming from opposite direction. The injured were shifted to District Headquarter Hospital for medical treatment.

Chitral valley, the largest district of Khyber Pakhtunkhwa province with a population of half a million, is situated in the heart of the Hindu Kush mountain range in northwest Pakistan. It is one of the region’s most vulnerable to climate change in Pakistan and has a long history of flooding.

However, the intensity and frequency of such events has risen in recent years. Last week, flash floods in the Chitral River triggered by heavy rains swept away major roads. The district was also hit by flood in 2016, killing more than 30

people besides damages hundreds of houses and standing crops.

With the valley cut off from the rest of the country, supplies such as medicine and petrol are running dangerously low in local markets and officials of the NHA are working since last night to open the roads for traffic.

Locals say it will take much time as flash water swept away roads and authorities concerned yet to repair infrastructure damaged by monsoon rain now and even last year. There was big queue of vehicles as hundreds of people were returning to their hometown after the summer holidays in Chill weather of the valley and many of them returning to Chitral to celebrate Eid ul-Azha with their families.

The bad weather has added to their worries, with fears that more rain could exacerbate the situation.

The recent spell of heavy rainfall has caused flooding in streams and blockage of roads on various points that linking District Chitral to Provincial Capital Peshawar and other adjoining areas due to which several cars carrying tourists have also been trapped.

Monsoon rains hit Pakistan every year in June and the season normally ends in the first week of September. During the period, the country receives heavy rains which cause flooding in various areas.

The most destructive flood rattled the country in 2010 hitting parts of Khyber Pakhtunkhwa, Punjab and Sindh. The flood swept away 20 percent of the land, killed 1,540 people and injured 2,088. According to U.N. report, 557,226 houses had been destroyed, and over 6 million people had been displaced in the flood.