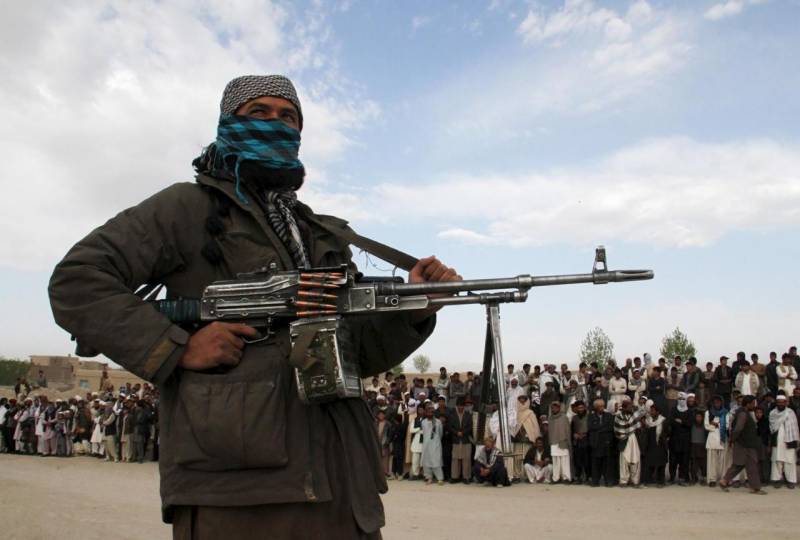 With the exit of Americans and the Afghan Taliban’s takeover of Kabul, Afghanistan’s capital, there was a general sense of relief in Pakistan that its security woes along its western borders will be over. But over the past many months, activity in this region has witnessed a spurt, forcing Pakistan to purportedly conduct air raids inside Afghanistan on Friday.

Though the Pakistan Army’s media wing, Inter-Service Public Relations (ISPR), had not issued a statement as of Monday, a member of parliament, Mohsin Dawar, raised the issue on Sunday and claimed that innocent refugees from North and South Waziristan, once semi-autonomous tribal districts of northwestern Khyber-Pakhtunkhwa province, who now live across the border in Afghanistan’s Khost and Kunar provinces, were killed in these raids.

While a spokesman for the Ministry of Foreign Affairs in Islamabad did not explicitly accept responsibility for the airstrikes, it did particularly highlight the Tehreek-e-Taliban Pakistan (TTP) escalated assaults across Afghanistan territory.

Pakistani Ministry of Foreign Affairs in Islamabad on Sunday specifically mentioned retaliatory action against the TTP.

“Minister Muttaqi said all military violations, including that in Khost and Kunar, must be prevented as such acts deteriorate relations between the two countries, allowing antagonists to misuse the situation leading to undesired consequences,” the statement said.

It added the Pakistani envoy was given a strong demarche.

The death toll from Pakistan’s military air raids on targets in the eastern Afghanistan provinces of Khost and Kunar on Saturday has risen to at least 47, Afghan officials said.

“Forty-one civilians, mainly women and children, were killed and 22 others were wounded in airstrikes by Pakistani forces near the Durand Line in Khost province,” Shabir Ahmad Osmani, director of information and culture in Khost, told media.

The TTP, an umbrella organization for several militant groups, has upped attacks against Pakistani security forces in recent months, particularly in April.

According to informed sources who requested anonymity, the attack was carried out by the Taliban’s Hafiz Gulbahadar group, the majority of whose members reside in the northeastern Afghan province of Kunar.

In the first three months of this year, 97 soldiers and officers were killed in attacks, Pakistan Army spokesman Lt-Gen Baber Iftikhar said at a press briefing on Friday, saying these attacks were carried out from across Afghanistan.

The TTP also claimed the killing of nearly a dozen Pakistani soldiers during an ambush in the Mirali area of the North Waziristan tribal district on April 2, declaring the launch of their new wave of assaults called Al-Badr, according to the militant’s social media account.

On Sunday, the militants carried out four attacks on security forces in the tribal districts, two in South Waziristan, one in North Waziristan, and one in Bajaur, according to their Twitter account.

The ISPR, on the other hand, has not issued a statement on any of the incidents claimed by the TTP.

TTP claims of attacks are usually 90% correct, but their casualty figures on various social media platforms, particularly on Twitter, can be disputed, according to Mansur Khan Mahsud, who was also forced to relocate from South Waziristan to the capital Islamabad, where he works as executive director with a research institute, Fata Research Center.

The killing of TTP leader Hakimullah Mehsud in a drone attack in June 2014, combined with the success of Pakistan’s army’s operation Rah-e- Nijat, prompted the militants to flee to Afghanistan. Nearly one million locals from North and South Waziristan were also displaced and between 60,000 to 70,000 sought refuge in the western neighboring country.

Reports surfaced in August 2020 of a merger of several splinter groups, including Jamat-ul-Ahrar (JuA) and Hizb-ul-Ahrar (HuA), the outfits responsible for several major attacks in Pakistan, including the 2016 suicide bombing in a park in the eastern city of Lahore crowded with Christians celebrating Easter. Around 70 people were killed in the explosion.

Omar Khalid Khorasani, leader of the JuA, and Mukarram Khan, leader of the HuA, were persuaded to rejoin the TTP and pledge loyalty to the outfit’s present chief, Mufti Abu Mansour Asim, also known as Noor Wali Mehsud.

According to a report compiled by the UN analytical and sanctions monitoring team in 2020, the total number of Pakistani foreign fighters in Afghanistan was estimated to be between 6,000 and 6,500, with the majority of them affiliated with TTP.

When the US invaded Afghanistan in October 2001, Pakistan, ruled by then-President Gen. Pervez Musharraf, agreed to play a frontline state role in the “war on terror,” deposing the Taliban’s first government, which pushed millions of Afghans to flee to neighboring countries, mainly Pakistan.

Because the majority of Afghans share the same language and ethnic roots, Pakistan’s seven former semi-autonomous tribal districts and other regions of Khyber Pakhtunkhwa and Balochistan provinces welcomed Afghan refugees while condemning the US intervention and Pakistan’s government for its support.

Among the refugees were several Afghan Taliban who had previously studied at Darul Uloom Haqaania, a well-known Islamic seminary located about 70 kilometers (43 miles) east of Peshawar, the provincial capital of the North-West Frontier Province (NWFP), now Khyber Pakhtunkhwa province, and who had connections with locals who studied at the same institution.

With anti-US sentiments running high in the region, local tribal people and the Afghan Taliban formed a loose alliance to fight back against the Americans, the Afghan government in Kabul, and the Pakistani government under Gen. Musharraf.

Gen. Musharraf narrowly escaped two assassination attempts in Rawalpindi, Pakistan’s garrison city, in December 2003. The first was taken out with a roadside bomb, while the second was carried out by two suicide bombers who drove into his motorcade and detonated car bombs. At least 14 people were killed, with another 46 injured.

Maulavi Naik Muhammad of North Waziristan was the first to form a militant group in 2004, while the TTP was formally formed in June 2007, with Baitullah Mehsud of South Waziristan as its leader. -Anadolu Agency