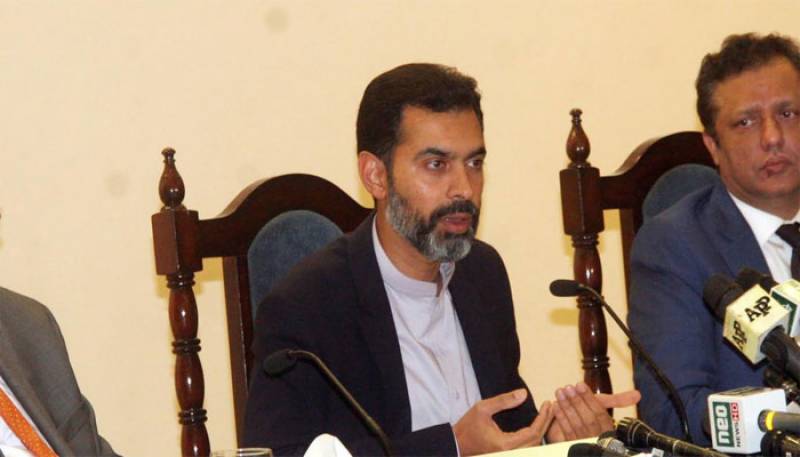 KARACHI: Governor, State Bank of Pakistan (SBP), Dr. Reza Baqir on Monday assured that the country has come out of the economic crises as it has achieved economic stability including financial one, which has created investors' confidence that is very positive signal.

"Uncertainty and instability was a serious challenge to the country, which is now over as the economic team tackled the situation very effectively. Pakistan's future is bright," he said while speaking at his first interaction with media here at the SBP Building.

He also answered questions by journalists in Islamabad through a video link.

Dr Reza said the present government had assigned two major tasks to its economic team that is, bringing economic stability and ensuring inclusive economic growth in the country; where there is improvement in the life of the common man.

“The two main reasons for the economic instability were: external deficit and fiscal deficit. Now, these were being addressed effectively and in credible manner.”

The external/trade deficit situation was improving.

He said it was very positive development that the government had pledged not to borrow from State Bank of Pakistan.

Instead, he added, it would borrow from the money market. This would save State Bank of Pakistan from printing new notes which pushed inflation.

About the exchange rate, SBP Governor said a fixed rate or free float currency policy were not in favour of the country.

Rather, SBP had adopted the market-based policy for it.

Regarding the key interest rate, Dr. Reza said SBP's Monetary Policy Committee did take into account the projected inflation before fixing it.

"We shall be fighting inflation to our best," he reassured, adding the interest rate was the best tool to control inflation.

He said the state bank had to work for three objectives including financial stability, maintaining exchange rate and for sustained economic growth.

The SBP Governor defended the agreement being signed with IMF maintaining that it had sent positive signals to the entire world about financial stability in Pakistan that had also built confidence among the local and foreign investors.

"Going for IMF loan, everything was being done in the interest of the country," he said and that all IMF conditions were dully fulfilled.

He informed the media that on July 3, 2019 IMF Board of Directors' meeting would be held and all details would be dully published which would make the things clear about the deal with the world credit body.