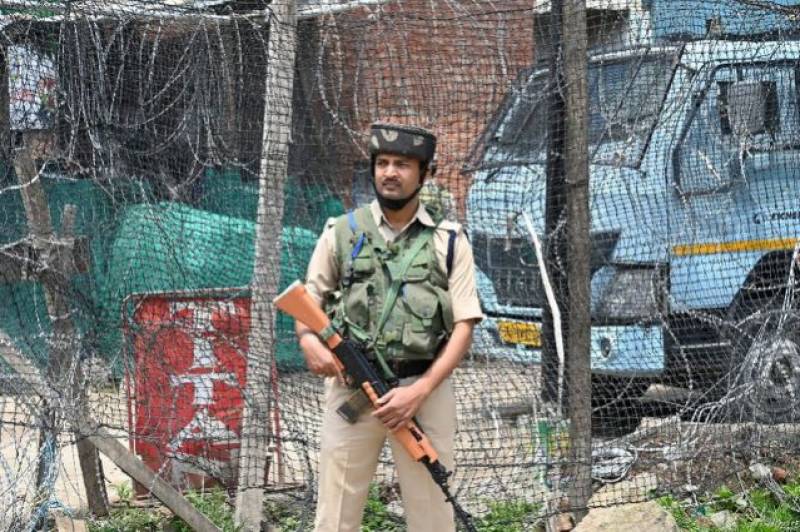 A soldier and two suspected rebels were killed in the latest shootout in the Anantnag area of India-administered Kashmir, army spokesman Colonel Rajesh Kalia said in a statement.

Another two soldiers were killed and many more wounded when a car bomb hit an Indian military truck late Monday in Pulwama district, the statement added.

The remote-control bomb was set off in the same district as where a suicide bomber in February targetted an Indian convoy and killed 40 paramilitaries.

India and Pakistan divided Muslim-majority Kashmir after their independence in 1947, but both claim it in whole. An insurgency on the Indian side over the past three decades has left more than 70,000 dead, mainly civilians.

Kalia called the car bomb "a failed attempt" to hit an Indian patrol, but gave no other details.

However, a senior police officer speaking on condition of anonymity told AFP that at least 12 soldiers were wounded in the blast and taken to a military hospital in Kashmir's main city, Srinagar.

Hours before the car bombing, a clash between suspected rebels and Indian forces left one soldier and one militant dead, according to Kalia.

Southern Kashmir has seen intense fighting over the past three years between Indian forces and rebels, who are demanding independence for the Himalayan region or a merger with Pakistan.

More then 100 rebels have been killed in Indian Kashmir this year in clashes with soldiers.

India has about 500,000 troops in its side of Kashmir, and Prime Minister Narendra Modi has repeatedly said they have a "free hand" to eradicate militants in the restive territory.

The Indian government accuses Pakistan of supporting the rebels, while Islamabad says it provides only moral and diplomatic support to Kashmiris demanding self-determination. -APP/AFP