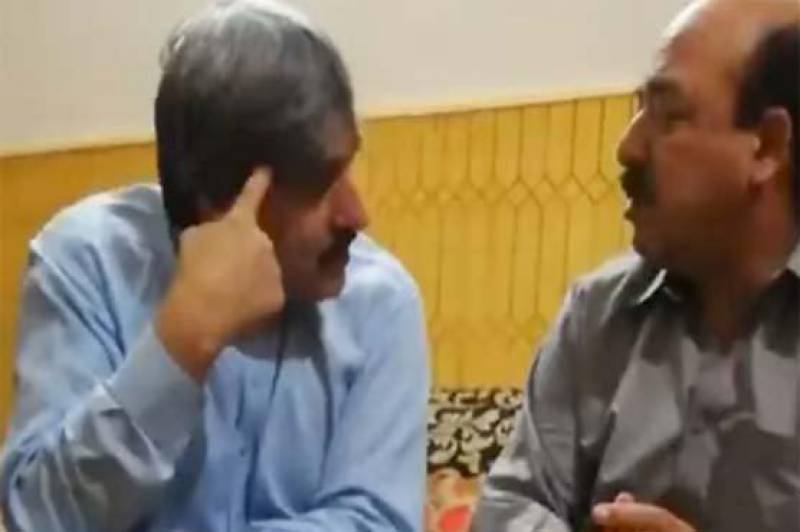 FIA on Thursday raided at the house of Nasir Butt, who is the central character of the Judge video scandal.

As per details, FIA raided at Nasir Butt’ s house located in Dhok Ratta area of Rawalpindi. Sources said Butt has fled to London after the footage of Judge was shown by PML-N leaders in a press conference. Sources added that younger brother of Nasir Butt Hafiz Abdullah Butt is also on the run. Mobile phones of Nasir Butt in Pakistan and in London are off.

Sources further said FIA is continuously monitoring the house of Nasir Butt and all details of his journeys abroad have been gained.

On the other hand FIA raided shop of Mian Tariq, who is also named by judge Arshad Malik in video scandal case, in Multan’ Abdali road and recovered important documents. Sources said FIA raided the shop with heavy contingent of police.

Arrested suspect in video scandal Mian Tariq Mehmood would be presented before the court on Friday for extension of remand.

Meanwhile, teams were constituted to arrest other accused persons, including Nasir Janjua, Nasir Butt, Khurram Yousaf and Meher Jillani, nominated in the case lodged under the Prevention of Electronic Crimes Act 2016 (PECA).

Sources familiar with the matter told media that eight provisions of the Cyber Crime Act have been included in the case lodged against the suspects.