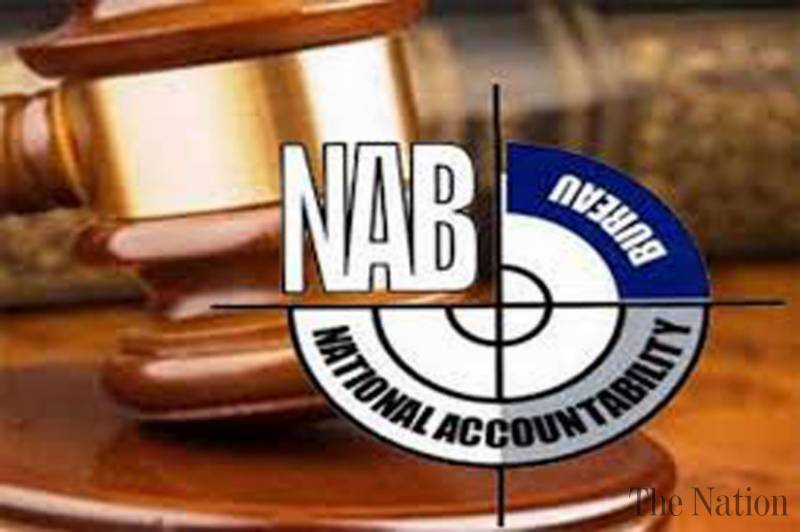 ISLAMABAD - National Accountability Bureau (NAB) Sunday vehemently repudiated a malicious propaganda campaign being carried out in a section of media to malign the anti-graft watchdog by casting lopsided aspersions over NAB.

A spokesman of NAB said in a statement that NAB would not bow down under any propaganda campaign whatsoever about its transparent, fair and meritocratic workings.

The context used in some of the said media reports are premised on deliberate conjecturing and assumptions based on cherry picked surmises which are far from true facts aimed only to bring disrepute and discredit NAB.

He urged the media to avoid airing/publishing concocted, baseless, false, and incorrect stories about the working of NAB without seeking the official viewpoint of the bureau.

Clarifying media reports about Land of Kidney Hill area in Karachi, he said the land was reserved for development of Public Park, which was proposed by Karachi Development Authority (KDA) in 1966.

PDM ready to protest outside ECP on January 19 link

In 1973, Overseas Housing Society managed allotment of Kidney Hill land from Karachi Cooperative Housing Societies Union and also got approval of the Layout Plan from the Ministry of Housing and Works which was suspended in 1979 and subsequently cancelled in 1984.

The status of Kidney Hill land is determined as Amenity land by Supreme Court of Pakistan vides judgment dated August 06,2019 in CMA No. 592-K/2018.

M Aijaz Haroon made backdated illegal and unlawful allotment of 12 plots of Overseas Society in the name of various builders and subsequently managed their ownership through open transfer letters.

Later on, Saleem Mandviwalla and Aijaz Haroon, knowingly and willingly, entered into a property deal with Abdul Ghani Majeed of Omni Group and received Rs 144 million approximately from fake bank accounts namely A-One International and Lucky International. M Aijaz Haroon and Saleem Mandiwalla shared crime proceeds of Rs 80 million and Rs 64.5 million respectively. Out of said shady deal, Saleem Mandviwalla retained a substantial amount of deal which is highly unusual rather next to impossible in any bonafide property deal. The retention of huge amounts and utilization of crime proceeds outweigh his contention of being a bonafide facilitator / broker of deal and illustrate his complicity in property deal.

Even otherwise, as a general principle, a real estate agent or coordinator is expected to be an expert (skillful, knowledgeable and experienced) as to facts that are basic to any property transaction. Because a real estate coordinator gathers, prepares, analyzes, and determines the value of property. He is held to a professional standard of care and diligence.

In any property transaction, the dealer in the very first instance thoroughly familiarizes himself with genuineness of title and that of property is free from any sort of encumbrances. The accused deliberately chose not to probe the substantive questions so that he could deny knowledge.

Saleem Mandivwalla has utilized his brother’s company Mandviwalla Builders and Developers and its bank account in the said transaction to camouflage the transaction as business transaction.

He is beneficiary of the said deal as he has utilized the crime proceeds for his personal benefits. Initially he purchased plot No. 30/55-A in Overseas Cooperative Housing Society (OCHS) Block 7 & 8 in the name of his employee Abudl Qadir Shiwani and also settled his personal loan with Trust Dawat e Haddayah Karachi.

Total Share of Saleem Mandviwalla from Crime Proceeds Rs 64.2 million Direct deposit of open cheques of fake accounts in the A/C Titled Mandviwalla Builders and Developers, Rs 20 million were transferred to Ahsan, plot seller, through pay orders, requested by Saleem Mandviwalla under his own signatures, Rs 29.6 million Direct Payment through fake account cheques to Ahsan for purchase of Leasehold Plot. No. 30/55-A, in Block 7 & 8, Overseas Cooperative Housing Society Karachi, Rs 30 million payment of last installment of loan to Dawat-e-Haddayat, Karachi Rs 4.6 million No person materially relevant to the deal has declared the respective amount in their tax record before FBR.

However after cognizance and revelation of matter by Joint Investigation Team (JIT) as well as NAB, Aijaz Haroon tried to guise the actualities by revising his tax returns whereby alleged amounts remitted to Saleem Mandviwalla were given the color of loan. Such disclosure is nothing but an afterthought to cover up their complicity as the tax declarations made by Saleem Mandviwalla does not make any such disclosure till date.

Saleem Mandviwalla was issued a call up notice to appear before CIT on October 18,2019 to justify the retention as well as utilization of crime proceeds by himself by serving a questionnaire.

He replied to the questionnaire after a lapse of around 5 months which lacks any explanation/justification.

Subsequently, he was again issued call-up notice dated June 25,2020 for his justification pertaining to utilization of crime proceeds. Instead of cooperation during the investigation, the accused Saleem Mandviwalla resorted to conceal himself behind the business community. Bearing in mind the facts / circumstances of the case referred to above and the documentary evidence, as confirmed again, by the testimony of witnesses overwhelmingly lead only to the irresistible conclusion that Saleem Mandviwalla is recipient of a substantial sum of allegedly crime proceeds which he has used for his own personal benefits.

Previously, in August 2020, Saleem Mandviwalla had written a letter to the NAB Chairman which was processed and accordingly NAB responded with a vide letter dated September 22,2020.