Afghan Taliban wants Pakistan and Saudi Arabia as guarantors in peace pact with US: Sources
18 Dec, 2018 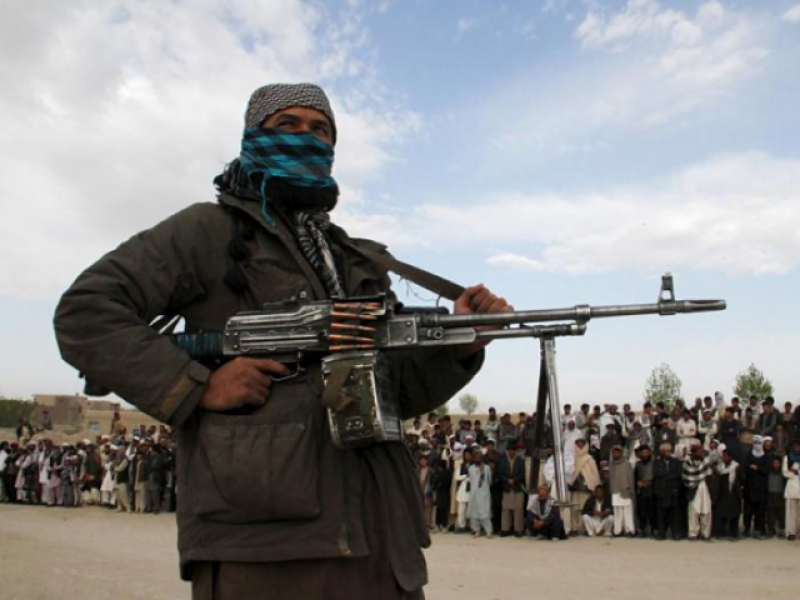 ISLAMABAD - Afghan Taliban wants to have Pakistan and Saudi Arabia as guarantors for peace pact with United States, it has been revealed.

Taliban officials, speaking on condition of anonymity, said the US delegation was pressing for a six-month ceasefire as well as an agreement to name Taliban representatives to a future caretaker government.

The officials said the Taliban, fighting to drive foreign forces from Afghanistan and bring in their version of strict Islamic law, were resisting a ceasefire as they felt it would damage their cause and help US and Afghan forces.

“If these three countries – Saudi Arabia, UAE and Pakistan – become guarantors and the US appoints the head of a caretaker government in Afghanistan that we nominate, then we can think about a ceasefire,” one senior Taliban official said.

There was no immediate comment from the US embassy in Kabul.

The latest round of diplomacy comes about a year after the United States sent thousands of extra troops to Afghanistan and stepped up air strikes to record levels, with the aim of pushing the Taliban to accept talks.

However, despite US insistence that any peace settlement must be agreed between Afghans, the Taliban have refused to talk directly with officials from the Kabul government, which they consider an illegitimate, foreign-appointed regime.

“Talks revolved around withdrawal of occupation forces from Afghanistan, ending the oppression being carried out by the United States and her allies and views were exchanged with the said countries about peace and reconstruction of Afghanistan,” Taliban spokesperson Zabihullah Mujahid said in a statement.