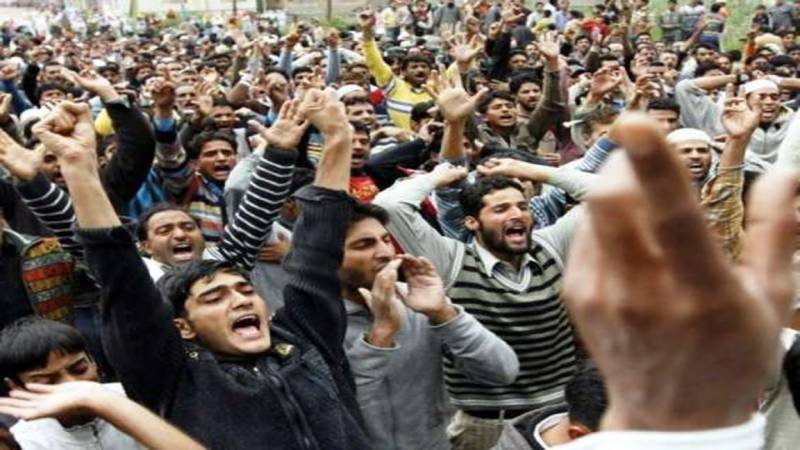 ISLAMABAD: Hurriyat leader and the Chairman of Young Men’s League, Imtiaz Ahmed Reshi, has said that India’s plans to repeal Article 35-A will be foiled at all costs.

According to Kashmir Media Service, Imtiaz Ahmed Reshi addressing a gathering in Khatwari area of Budgam, said that the people of Kashmir were demanding their birthright right to self-determination for which lacs of Kashmiris had rendered their lives.

He said that nobody would be allowed to change the demography and special status of Jammu and Kashmir.

New Delhi’s stance is unacceptable to the people of Kashmir, he said, adding that removal of Article 35-A would be resisted tooth and nail. He said the purpose of the move to abrogate Article 35-A is to divert the world attention from lingering Kashmir dispute.

Reshi said the people of Kashmir from are peace-loving and are peacefully struggling for securing their democratic rights particularly the right to self-determination.

He expressed serious concern over the ill treatment meted out to the Kashmiri political prisoners lodged in different jails. He said it is the responsibility of the jail authorities to provide all basic necessities including food and medical care to the detainees.

He appealed to all international human rights organizations to send their teams to take stock of the Kashmiri detainees’ plight in jails.