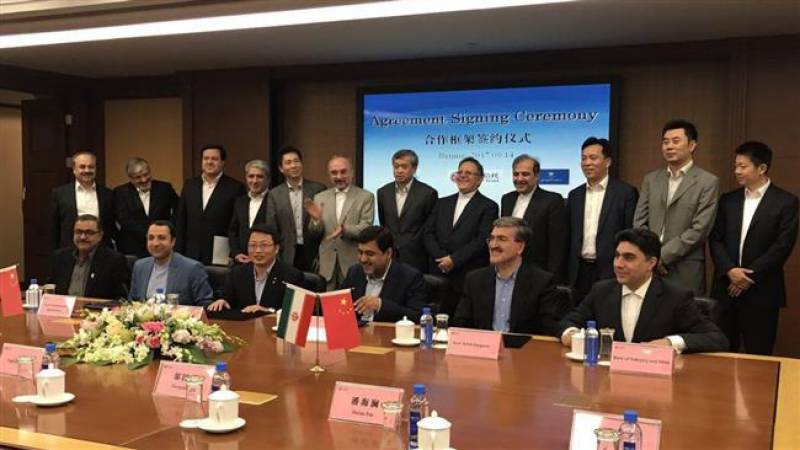 China has signed an agreement with Iran to provide a credit line of $10 billion for its infrastructure projects – what is seen as the biggest economic deal between the two countries after the removal of sanctions against the Islamic Republic in 2016.

The agreement was signed between China’s CITIC Group Corporation and a consortium of Iranian banks that included Bank of Industry and Mine, Refah Bank, Parsian Bank, Bank Pasargad and Export Development Bank of Iran.

Based on it, CITIC would provide loans to the Iranian banks to fund projects in areas such as energy, natural environment, transportation and the management of water resources.

Valiollah Seif, the governor of the Central Bank of Iran (CBI) who oversaw the signing of the agreement, was quoted by media as saying that the Iranian banks could start receiving loans from CITIC as early as October.

Seif emphasized that the CBI had shown “extensive flexibilities” toward CITIC in sealing the agreement. He added that this was based on the bank’s history of positive cooperation with the Islamic Republic without elaborating what those flexibilities constituted.

Iran media last September quoted a CITIC official as saying that the enterprise was considering to provide Iran with $10 billion of financing, mostly in the country’s steel, copper and coal projects.

The official, identified as Zhou Yafang by the English-language newspaper the Financial Tribune, added that the Chinese government was expected to issue the required permits by the end of 2016 and that the financing process would start in 2017.

Zhou had also emphasized that the financing is fully backed by China Export and Credit Insurance Corporation known as Sinosure.