We discussed Pakistan’s isolation in 2016 and they called it Dawn Leaks: Nawaz Sharif
15 May, 2018 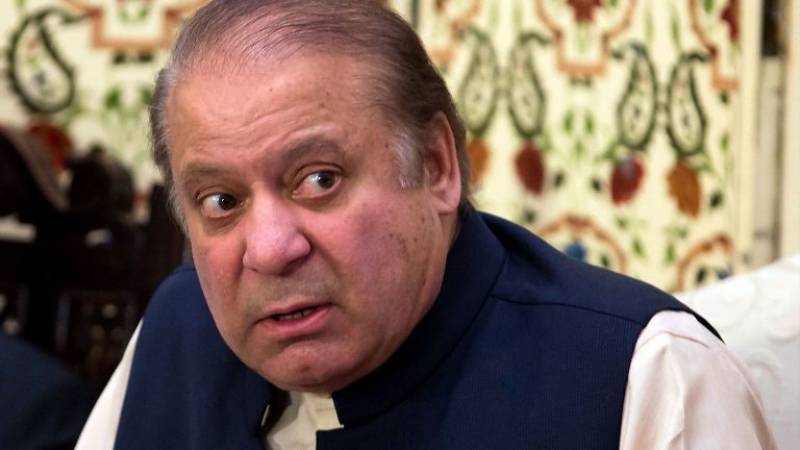 ISLAMABAD: We pointed out that Pakistan is facing isolation across the world in 2016 and they called it Dawn Leaks, said former PM Nawaz Sharif.

“Khawaja Asif recently served as the foreign minister and you can ask him what he would be asked about on his foreign trips,” said Mr Sharif Tuesday in an informal talk with reporters inside the accountability court. “We discussed these issues about putting our house in order in the security session back then.” According to Mr Sharif, it was termed ‘Dawn Leaks’ and an issue was created.

“It saddens me to see our beloved country in its current state,” said the former PM. “We are isolated in the world. Which country is on our side today? It is high time that we figure out who is responsible for terrorism in Pakistan.” Mr Sharif said a national commission needs to be formed to fix responsibility.

According to him, the handout of the National Security Commission is based on misperception. He said he rejects the handout as it was “painful”.

“You should ask Khawaja Asif what the opinion of world leaders is about me,” said the former PM.

Pakistan Tehreek-e-Insaf spokesperson Fawad Chaudhry said that Mr Sharif is building his narrative in line with an international agenda. “India leads the narrative, whose purpose is to term Pakistan a terrorist state,” he said.

According to him, Mr Sharif is saying such things to sabotage the Panama Papers trial. “He is working on a policy and he doesn’t care about the state or the institutions,” said the PTI spokesperson. “The PML-N worker will not support him now. For a worker, the country comes first and the party later. Nawaz Sharif’s narrative is self-centred. He doesn’t care about his party of his workers either.”

‘Rejecting his own PM’

According to Islamabad bureau chief Khalid Azeem, Mr Sharif has rejected what PM Shahid Khaqan Abbasi has been saying. “If he is rejecting the NSC handout, he is rejecting his own PM.”

An interview has stirred up a storm. Mr Sharif’s statement on the 2008 Mumbai attacks has given the country a new debate.

In an interview to Dawn, former PM Nawaz Sharif said that militant organisations are active. “Call them non-state actors, should we allow them to cross the border and kill 150 people in Mumbai? Explain it to me. Why can’t we complete the trial?”

The NSC held a meeting regarding the statement and termed is “incorrect and misleading”. Opposition parties have also condemned it.

Mr Sharif says that he is not the first person to have talked about the Mumbai attacks.

Mr Sharif and his family are facing corruption inquiries at the accountability court. In July 2017, the Supreme Court disqualified Mr Sharif from holding public office and ordered accountability. AP