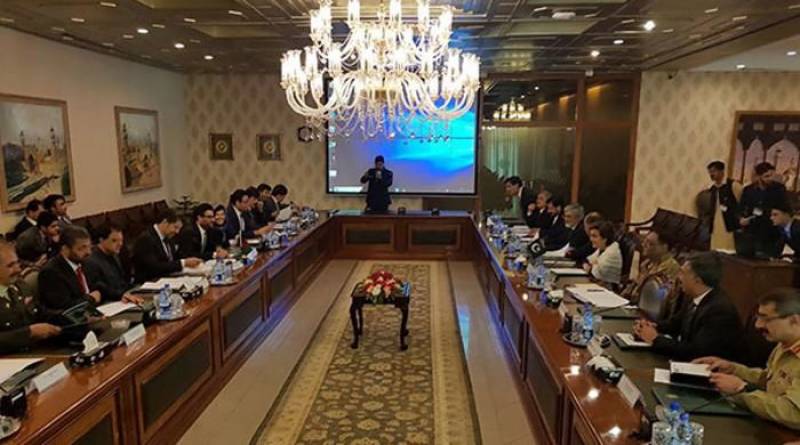 ISLAMABAD: Pakistan and Afghanistan on Monday have reached a historic milestone in reducing the bilateral mistrust between the two brother Muslim states.

“APAPPS provides a framework to strengthen mutual trust and deepen interaction in all spheres of bilateral engagements. It is also a mechanism for finding solutions to bilateral areas of concern,” a joint statement from the Foreign Office said, but there were no details either about the meeting itself or the way forward.

Last month in a meeting between Prime Minister Shahid Khaqan Abbasi and President Ashraf Ghani in Kabul, both sides agreed on seven key principles to operationalize working groups under a bilateral peace plan, the Foreign Office said Sunday. A seven-point action plan for peace and reconciliation under the APAAPS was agreed upon.

According to the agreed principles, Pakistan would support the Afghan-led and Afghan-owned peace and reconciliation process to bring peace to Afghanistan while both sides would take action against fugitives and irreconcilable elements that pose a threat to either country.

Working groups will be established to implement the agreed principles while both sides will also nominate "liaison officers" for coordination and supervision, the statement added. Both sides agreed that effective and full implementation of APAPPS would contribute towards the common objectives of eliminating terrorism and achieving peace, stability, prosperity and development of the people of the two countries.

Pakistan maintains that only a military path couldn’t bring peace and stability in Afghanistan, but an Afghan-led and Afghan-owned peace process alone will ensure peace. In February, Hekmat Khalil Karzai led the high-level delegation, to Islamabad, comprising Afghan civilian and military officials, including Director General Military Operations, and deputy chief of National Directorate of Security (NDS).