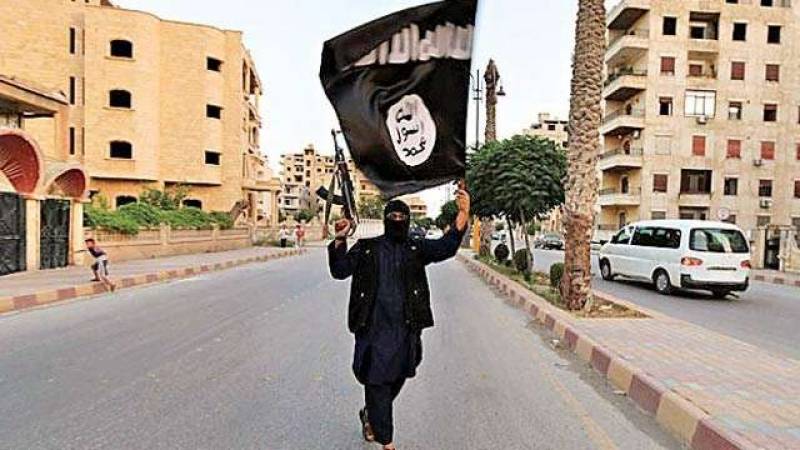 During an address to a meeting of European intelligence chiefs in Berlin today, MI5 director-general Andrew Parker also warned that ISIS continues to aspire to commit "devastating" attacks in Europe after losing territory in Syria and Iraq.

"Daesh (ISIS) still aspires to direct devastating and more complex attacks despite territorial losses and threats from Al Qaeda and other Islamist terror groups have not gone away," he said in his speech titled 'Hybrid Threats'.

He said: "Whilst Daesh has now lost its false caliphate in its strongholds in Syria and Iraq, tackling the group as a movement will require sustained international focus for years to come. As I speak today, they are seeking to regroup, and the threat seems likely to persist.

"Islamic State have been blamed for (attacks) that's upset a lot of Al Qaeda affiliated groups who want to get back into high-level, sophisticated attacks like they did with the 9/11 attacks, because they see Islamic State getting the media limelight." In December last year, Parker had revealed that nine terrorist attacks had been prevented by the UK's security services and police since 52-year-old Khalid Masood drove a car into pedestrians before launching a knife attack after crashing into the side of the Parliament, killing five people on March 22 last year. Today's updated total of 12 brings the total number of disrupted attacks in the UK to 25 since 2013.

Against the backdrop of Brexit negotiations, the MI5 chief stressed that European intelligence agencies must rely on "shared cooperation more than ever".

"I am confident about our ability to tackle these threats, because of the strength and resilience of our democratic systems, the resilience of our societies and the values of we share with our European partners," he said.

"European intelligence cooperation today is simply unrecognisable to what it looked like five years ago," he said, highlighting that there have been as many as 45 terror attacks across Europe since 2016.

Parker also took the opportunity to make a scathing attack on Russia for its "deliberate and targeted malign activity".

In his first public comments since the deadly nerve agent attack in the town of Salisbury on a former Russian spy and his daughter, Parker said that Moscow is using its spies and military to carry out "flagrant breaches of international rules".

He accused the Kremlin of "pursuing an agenda through aggressive and pernicious acts by its military and intelligence services", adding that Russia risks becoming a "more isolated pariah" if it continues to act in the way it has.

Addressing the campaign of disinformation that followed the attack on Sergei and Yulia Skripal in March, Parker said there is a need "to shine a light through the fog of lies, half-truths and obfuscation that pours out of their propaganda machine".

While the Russian government has denied any involvement in the attack earlier this year, it has been the subject of condemnation and diplomatic sanctions from the West.