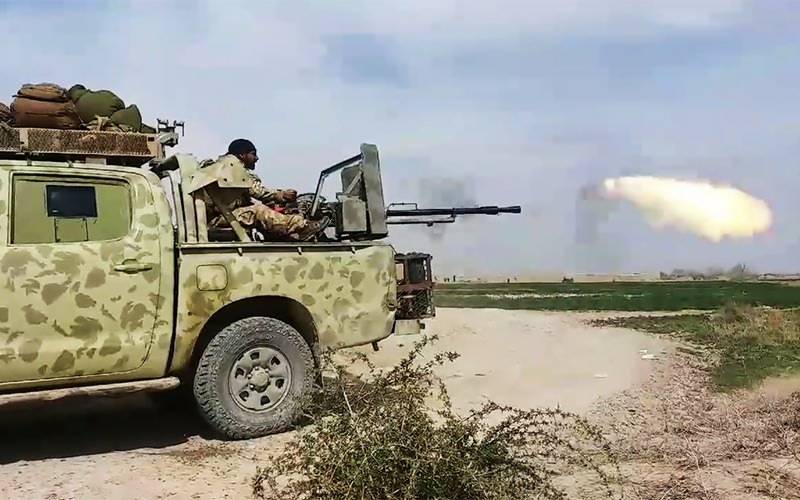 KABUL - Afghanistan security forces source said that the Taliban had taken control of a number of check posts in the city and the National Directorate of Security (NDS) and police headquarters, TOLO News has reported.

Footage released on social media shows that a number of security forces’ vehicles have been torched and that the Taliban have entered a building used by the security forces.

11:00am: footage released on social media shows that helicopters have started airstrikes around the city.

12:20pm: Danish at a joint press conference with the Ministry of Defence (MoD) Mohammad Radmanish said that security forces from southern Kandahar and western Herat provinces have been deployed to the province to “eliminate the threats.”

“The clashes in north and west of Farah city which is 3km far from the center is ongoing between the security forces and Taliban,” Danish said, adding that “no government organization has fallen into the hands of the Taliban yet.”

The Afghan and foreign troop’s air forces are also involved in the battle against the Taliban. “Six security forces have been killed in clashes with the Taliban and a security police official was wounded in the clashes,” he said.

In the meantime, Radmanish said that “two security forces were killed in the clashes and four others were wounded,” adding that “the situation would change by the afternoon and security forces have been deployed to the city.”

12:10pm: head of the provincial council Farid Bakhtawar told TOLOnews minutes before Danish and Radmanish’s conference that “no reinforcements have been deployed to the city and most of the government officials have fled from the city.”

“The enemies (Taliban) are moving towards the prison compound,” Batakhwar said, adding that “we will fight until our last drop of blood for Farah.”

The residents have said that the Taliban took control of a part of the NDS building.