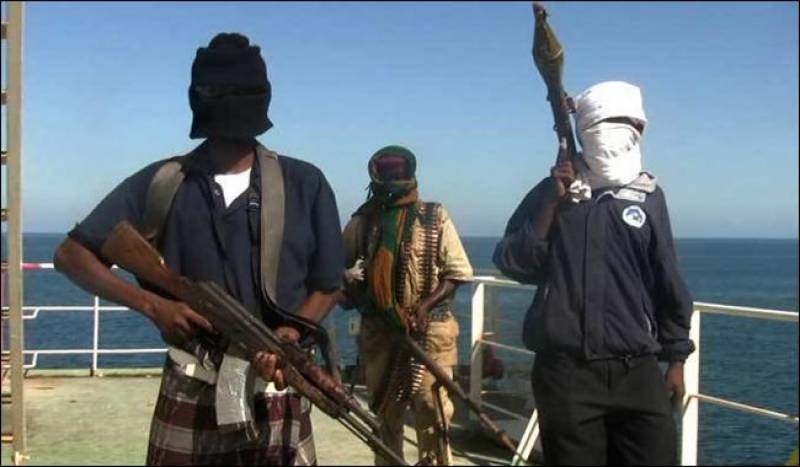 NAIROBI: Pirates have hijacked an oil tanker with eight Sri Lankan crew on board, Somali authorities said on Tuesday, the first time a commercial ship has been seized in the region since 2012.

Security forces have been sent to free the Aris 13, a regional police official said late on Tuesday.

"We are determined to rescue the ship and its crew. Our forces have set off to Alula. It is our duty to rescue ships hijacked by pirates and we shall rescue it," Abdirahman Mohamud Hassan, director general of Puntland’s marine police forces, told Reuters by phone.

Puntland is a semi-autonomous northern region of Somalia. Alula is a port town there where pirates have taken the tanker.

Experts said the ship was an easy target and ship owners were becoming lax after a long period of calm.

The Aris 13 sent a distress call on Monday, turned off its tracking system and altered course for the Somali port town of Alula, said John Steed of the aid group Oceans Beyond Piracy.

"The ship reported it was being followed by two skiffs yesterday afternoon. Then it disappeared," said Steed, an expert on piracy who is in contact with naval forces tracking the ship.

Aircraft from regional naval force EU Navfor were flying overhead to track the ship, he said. The force declined to comment.

The pirates brought the ship to the port town of Alula, district commissioner Mohamud Ahmed Eynab told Reuters by phone.

A pirate called Abdullahi told Reuters by telephone: "We are now heading on boats towards our colleagues holding the ship at Alula. We are carrying water, food and weapons for reinforcement."

The Sri Lankan government said eight Sri Lankan crew were onboard and the ship flew a flag from the Comoros islands.

Data from Reuters systems showed it made a sharp turn just after it passed the Horn of Africa on its voyage from Djibouti to Mogadishu.

The 1,800 deadweight tonne Aris 13 is owned by Panama company Armi Shipping and managed by Aurora Ship Management in the United Arab Emirates, according to the Equasis shipping data website, managed by the French transport ministry.