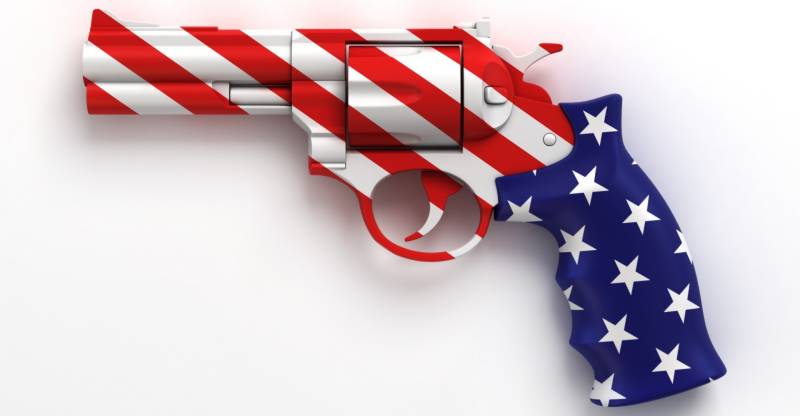 WASHINGTON - On an average day, 93 Americans die in gun-related violence while 18 of their compatriots succumb to AIDS. The call for regulating access to firearms has been accentuated after the mass shooting at a concert in Las Vegas claimed 59 lives and injured 527, making it the worst such incident in U.S. history.

Here are a few statistics to show the extent to which gun culture has become entrenched in American society.

The U.S. tops the list of per capita firearms possession compiled by the UN Office on Drugs and Crime, with strife-torn Yemen coming a distant second. The number of homicides using guns is greater in countries with less stringent gun-control laws.

A Mother Jones' Report titled U.S.Mass Shootings, 1982-2017 found that 760 fatalities have been registered in mass shootings in the U.S since 1982, while 1968 people suffered injuries. Of the 90 incidents, 61 were carried out using legally-purchased weapons. Children have also been caught in the crossfire, with 12 incidents of mass shootings taking places at schools. 36% of the perpetrators had a history of mental illness.

The states of California, Texas, and Florida top the list of casualties succumbing to gunshot wounds, while the mortality rate is highest in Louisiana, where 18.9 people die in gun-related violence every year.

"If you say in the first chapter that there is a rifle hanging on a wall, in the second or third chapter it absolutely must go off. If it’s not going to be fired, it shouldn’t be hanging there."

There is a linear correlation between the ownership of firearms and the number of deaths due to gun-related violence. The National Centre of Health Statistics data for 2014 reveals that a greater prevalence of firearms translates into more civilian deaths due to gunshot wounds. Arkansas and New Hampshire recorded maximum gun-related fatalities per 1,00,000 residents, whilst having the most firearms in circulation among the populace. This refutes the claims of the National Rifle Association (NRA) that firearms are essential for self-defence and bring down crime rates.

Of the 22,613 individuals who died in encounters with American law enforcement agencies since the turn of the millennium, 70.7% of them fell to police bullets. Data collected by Fatal Encounters, a non-profit, found that 4,336, or 19% of the total victims, were of African-American extraction, countering the perception that the excesses of the police had racial undertones.