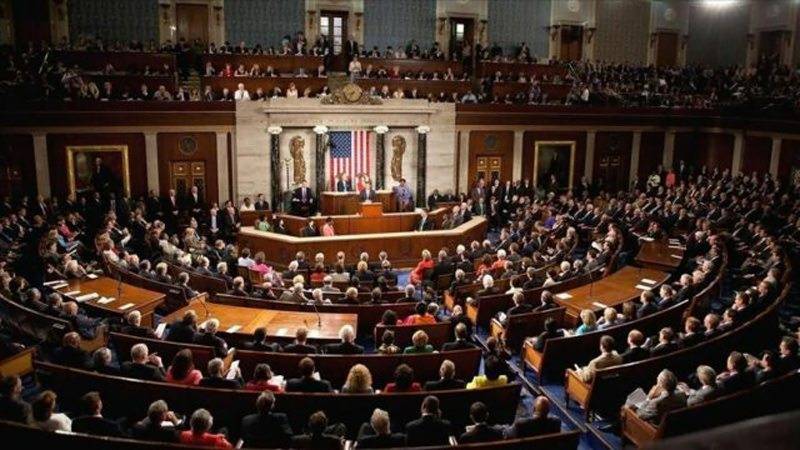 ISLAMABAD - Apart from the current uneasy relations between Pakistan and the US, there are broader issues at play in the US to harm Pakistan’s territorial integrity. India in this regard seems to be closely working with the successive US governments and its members of Congress to influence them in its favour.

In this context, India is struggling to exploit the prevailing geopolitical environment. Being a close defence partner of the US in the post-cold war and post-9/11 era, it feels that by exploiting the US interests linked with India, it can gain the US support in pursuing its anti-Pakistan agenda as well. In this game, India seems to be succeeding in getting the support of some US congress members, although not of the US government as yet.

Recently, two anti-Pakistan US members of Congress, Dana Rohrabacher and Brad Sherman, spoke against Pakistan during a meeting of the US House of Representatives. Sherman talked about the human rights violations in Sindh, while Rohrabacher claimed that the Muhajir community in Karachi is facing persecution, similar to that faced by the people of East Pakistan before it emerged as Bangladesh.

He also asked for the support of the US to the Baloch’s and Sindhi’s, who are alleged to be persecuted mainly by the Pakistan Armed Forces and the ISI. He also criticised that the control of the government is with the Punjabis and Pashtuns.

Earlier also, in February 2012, Republican congressman Dana Rohrabacher had introduced a resolution, calling for an independent state for the Baloch people. The resolution said, “the people of Balochistan have the right to self-determination and their own sovereign country, and they should be afforded the opportunity to choose their status among the community of nations”. These congressmen words appear to be Indian fed, as these propaganda themes were extensively aired by India in 1971 before attacking East Pakistan.

In the first year of Modi’s government, Indian administration had announced its decision to provide shelter to the secessionist Baloch leaders. It was stated that India wanted the Baloch leaders to apply for asylum formally, which would be granted in a matter of a few weeks.

This move was meant to create misperceptions in the minds of the US and other world leaders that the majority of the Baloch people wanted to separate from Pakistan. Although such steps by India amount to interfering in Pakistan’s internal matters, Modi would still pursue this policy to harm Pakistan. However, in this context, Modi is grossly misguided if he thinks that India under his premiership can really repeat the situation of the then East Pakistan, in Balochistan or Sindh.

However, it was encouraging to note that the Obama administration had flatly refused to go along with Prime Minister Narendra Modi’s stand on Balochistan.

The then state department’s spokesperson, John Kirby, had said,“the US respects the unity and territorial integrity of Pakistan, and we do not support independence for Balochistan”.

But in a bid to establish India’s hegemony in South Asia by harming Pakistan, Modi administration will continue to negatively influence the US members of Congress on Balochistan by feeding them biased intelligence about the province to ultimately pressurise the US government to support India’s stance on Balochistan. In this context, India appears to be building considerable influence over some of the critical US members of Congress.

In the third week of August 2017, Congressman Sherman had sent a letter to Alice G. Wells, the Acting Assistant Secretary for South and Central Asian Affairs and David Hale, the US Ambassador to Pakistan, expressing strong concerns about human rights in Sindh. In this, Sherman was joined by Representatives Barbara Comstock, Trent Franks, Carolyn Malone, Eleanor Holmes Norton, Dana Rohrabacher, and Adam Schiff. The letter raised concerns about enforced disappearances, religious extremist attacks, and forced conversions.

The US of members Congress talking about the separation of Balochistan and human rights violation in Sindh and India’s involvement in wrongly influencing the US government are dangerous developments which must be countered.

In this context, Pakistan should focus on befriending US members of Congress through concerted diplomacy and intense lobbying, that is legally allowed in the US. In this regard, Indian efforts to mislead the US and it sponsoring terrorism in Balochistan must also be exposed.