US acknowledges Pakistan success in war against terrorism
15 Aug, 2017 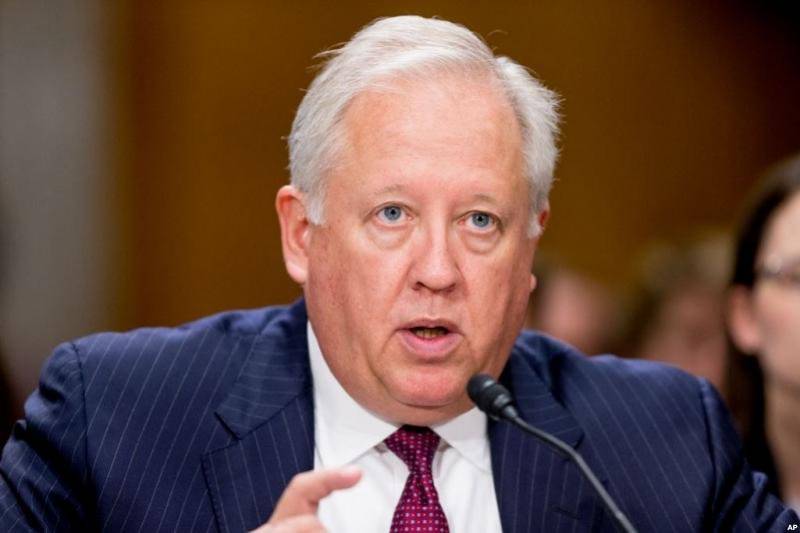 Ambassador Shannon was speaking as chief guest at a ceremony held at the Pakistan Embassy to celebrate 70 years of independence. The event was attended by Acting Assistant Secretary of State Ambassador Alice Wells and Acting Secretary of Defence David Helvey besides other officials of the Departments of State and Defence and Pakistani diaspora.

Ambassador Shannon conveyed his felicitation and best wishes to the people of Pakistan on behalf of President Donald Trump and Secretary of State Rex Tillerson. He underscored that the United States was one of the first countries to establish diplomatic relations with Pakistan.

The US Under-Secretary emphasized that the two countries share a long and enduring relationship and Pakistan had been at the center of the most momentous foreign policy events of modern US history including its role in establishment of diplomatic relations between the United States and People’s Republic of China.

He highlighted cooperation between the two countries for achievement of their shared interests and objectives in the areas of economy, defense, education and social development.

Ambassador Shannon acknowledged the tremendous sacrifices of people of Pakistan in fight against terrorism. He underlined that Pakistan’s successes against terrorism were of vital strategic and regional importance for the US.

He said that Pakistan and the United States share fundamental desire for stability and prosperity and strong people to people ties are reinforcing the cooperation between the two countries.

Speaking on the occasion, Pakistan’s ambassador to the United States, Aizaz Chaudhry, who earlier began the proceedings of the event by hoisting the national flag, highlighted the proud journey of Pakistan that has come a long way from a humble beginning in 1947.

He said that peoples of Pakistan and United States share common values of democracy, liberty, justice, and rule of law. He expressed confidence that the two countries will work together to further deepen their decades