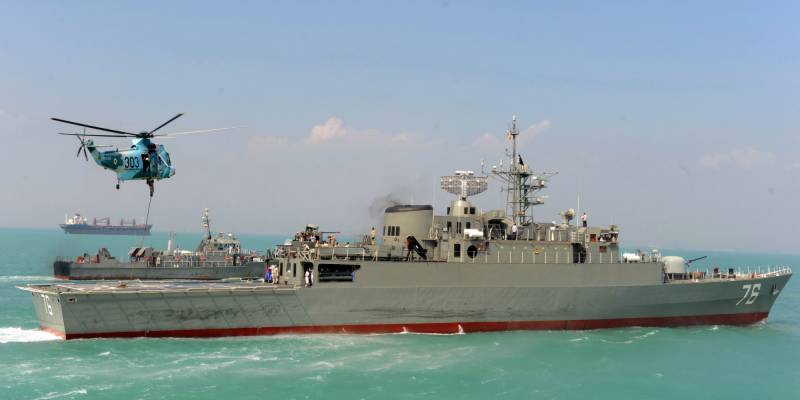 TEHRAN (FNA)- Iranian Navy Commander Rear Admiral Habibollah Sayyari announced that his forces will stage drills in the country's Southeastern Makran seashore in the near future.

"The strategic Navy of the Army annually stages numerous specialized drills, over 25 wargames, in different fields, and therefore, the specialized electronic warfare drills will be held by the Southern fleet and off  Makran coasts in the next few days," Rear Admiral Sayyari said, addressing a ceremony in the Northern port city of Bandar Anzali on Tuesday.

The naval drills codenamed 'Sustainable Security and Power' were held in five separate phases in an area covering 88,000 square kilometers in the Caspian Sea.

In relevant remarks in June, Rear Admiral Sayyari announced that over two dozen naval exercises have been planned to be held by the end of the current Iranian year (ends March 20, 2018).

"We will hold a sum of 25 naval drills in the current year," he said.

Rear Admiral Sayyari underlined that the naval exercises will be held in the Persian Gulf and Caspian Sea, and it will ultimately lead to the massive Velayat-96 naval drills.

Sayyari underlined that the Navy's military equipment is state-of-the-art and manufactured by Iranian experts, and said, "For example, domestically-built Damavand destroyer has come successfully on stream in Northern Iran and is currently being used in the high seas.

“Our objective is to train experts who can carry out Navy's critical missions, especially in the high seas and among various countries, to bring the country great honor and security,” he added.