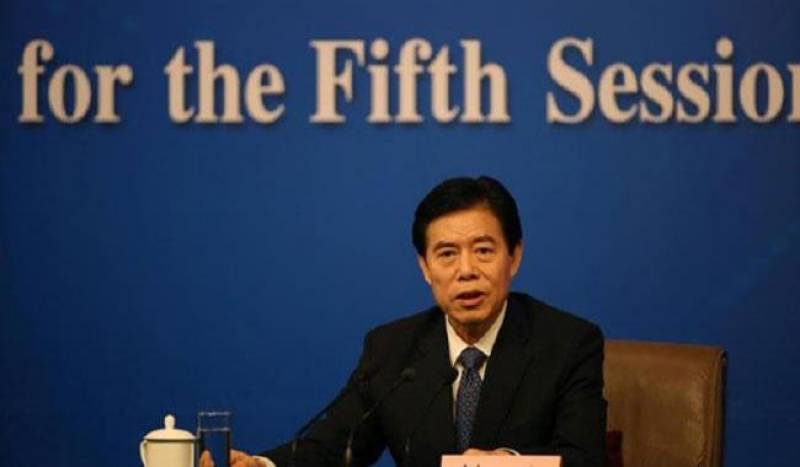 BEIJING: China warned on Monday that nobody would win in a "trade war" with the United States as President Donald Trump prepared to launch an investigation into Chinese intellectual property practices.

Trump was due on Monday to sign a memorandum directing US Trade Representative Robert Lighthizer to determine whether any Chinese laws, policies or practices discriminate against or harm American innovators and technology companies.

The investigation could lead to sanctions against Beijing. Asked about the US move, foreign ministry spokeswoman Hua Chunying said any member of the World Trade Organisation must respect WTO rules.

"Fighting a trade war has no future. There will be no winner and everybody will lose," Hua said at a regular news briefing. "I believe China and the US should continue to work together for the stable and sound development of China-US economic and trade relations," she said.

US officials, who spoke on condition of anonymity, bluntly accused China on Saturday of "stealing our intellectual property" -- long a concern of Western companies seeking a share of the enormous Chinese market. The looming investigation follows high tensions between Washington and Beijing.