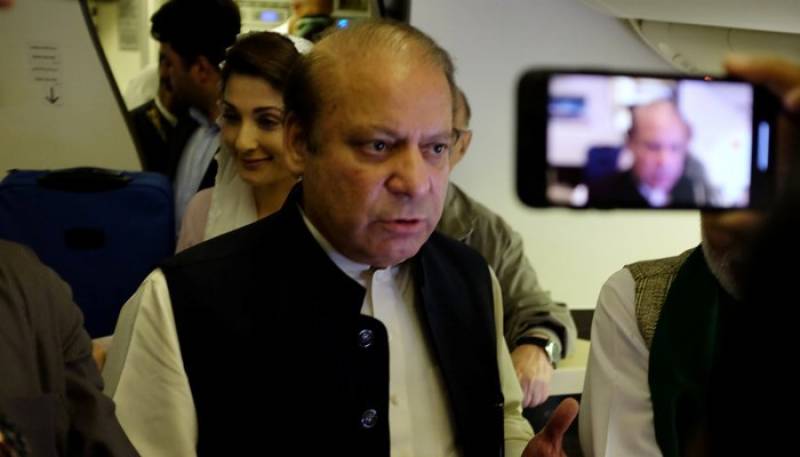 ISLAMABAD: The trial of two remaining National Accountability Bureau (NAB) references against former prime minister Nawaz Sharif and his family will take place in Adiala Jail, according to a notification issued by the Ministry of Law and Justice late Friday.

“In exercise of the powers conferred by sub-section (b) of section 16 of the National Accountability Ordinance, 1999 (XVIII of 1999), the federal government is please to specify the Central Jail Adiala, Rawalpindi, to be the place where the Accountability Court-I, Islamabad shall sit for trial of References No. 18/2017 and 19/2017 against Mian Muhammad Nawaz Sharif and others,” the notification read.

On July 6, an accountability court convicted Nawaz, his daughter Maryam Nawaz and son-in-law Captain (retd) Mohammad Safdar in the Avenfield properties reference, jailing them to various terms and imposing heavy fines on them. Nawaz's sons, Hassan and Hussain, have been absconding and were declared 'proclaimed offenders' in the case.

After the court's verdict, the remaining cases pertain to the Al-Azizia Steel Mills and Hill Metal Establishment, and offshore companies, including Flagship Investment Limited.

On Thursday, the accountability court judge hearing corruption cases against the Sharif family rejected their petition to transfer the Al-Azizia corruption reference to another judge.

Nawaz and Maryam were arrested by NAB officials upon their arrival in Lahore on Friday night and subsequently taken to Islamabad on a chartered flight.

A NAB team took Nawaz and Maryam in custody from the aircraft, while officials of the Federal Investigation Agency (FIA) confiscated their passports.

Shortly afterwards, they were boarded on a special plane that took off for Islamabad. The flight landed at the new Islamabad International Airport at around 10:35pm after which the two were taken to the Adiala Jail in separate armoured personnel carriers escorted by police convoys.

A notification issued by the Islamabad administration declared the rest house at the Sihala Police Training College in the capital as a sub-jail to keep the two figures, with immediate effect and until further orders.

The trial against the Sharif family had commenced on September 14, 2017.

On July 6, after four extensions in the original six-month deadling to conclude all three cases, the court announced its verdict in the Avenfield reference.

Nawaz and his sons, Hussain and Hasan, are accused in all three references whereas Maryam and Safdar were accused in the Avenfield reference only.

The two brothers, based abroad, have been absconding since the proceedings began last year and were declared proclaimed offenders by the court.