NATO issues Afghanistan peace declaration and it has a mention of Pakistan
14 Jul, 2018 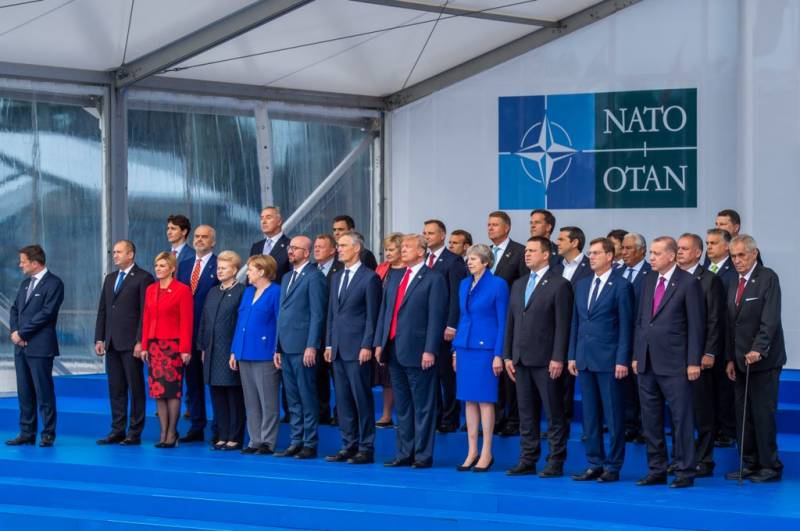 BRUSSELS - NATO allies wrapped up the two-day Heads of State and Government summit in Brussels and issued a declaration pledging to continue support to Afghanistan in its quest for peace.

The final meeting of the summit was on Afghanistan.

In a joint statement on the declaration, NATO allies also pledged to continue funding Afghan forces through 2024.

“ Today, we also decided to sustain our presence in Afghanistan until conditions indicate a change is appropriate. And we extended our financing for Afghan security forces through 2024. This will help them further develop their Special Forces and Air Force, as they continue to fight international terrorism,” he said.

The NATO chief also expressed his support to Ghani’s efforts for peace and national reconciliation in the country.

“We also expressed strong support for President Ghani’s bold peace proposal and our continued commitment will strengthen Afghanistan in its efforts to create conditions for lasting peace and reconciliation,” added Stoltenberg.

On the resilience of Afghan people for peace the declaration meanwhile said: “We pay tribute to the sacrifice and resilience of the Afghan people who have wanted peace for many years, and to the men and women serving in the Afghan National Defence and Security Forces and in the Resolute Support Mission. We honor all those who have lost their lives or have been wounded in support of a better future for Afghanistan that is free from terrorism.”

On the issue of Taliban’s insistence in prolonging the war the declaration stated: “Effective, professional, and self-sustaining Afghan forces will be better able to provide security for the country, create the conditions for a negotiated resolution of the conflict through an Afghan-led and Afghan-owned peace process, and demonstrate to the Taliban that it cannot prevail through force.”

The alliance also said that it strongly supports the Afghan government’s unprecedented offer of unconditional peace talks with the Taliban.

NATO said that the rejection of a ceasefire by the Taliban leadership will only harm innocent Afghan citizens.

“NATO Allies and Operational Partners welcome the Afghan government’s unprecedented offer of unconditional peace talks to the Taliban. We note that the Taliban participated in the Eid-al-Fitr ceasefire. Their leadership’s rejection of the extension proposed by the Afghan government will only result in harm to innocent Afghan citizens,” the declaration stated.

NATO reiterated calls to the Taliban to engage credibly in the Afghan-led and Afghan-owned peace process and stressed that this is the only path to a sustainable resolution of the conflict.

“NATO Allies and Operational Partners will respect and support a negotiated and durable political settlement led by Afghans which ends violence, cuts ties to terrorism and protects the human rights of all Afghan citizens, notably those of women and children,” the declaration stated.

NATO said that the alliance and its allies strongly support the Afghan government’s determination to eliminate the threat of terrorism in all its forms, including that posed by Daesh affiliates and al-Qaeda in Afghanistan.

The alliance also pledged that the improvements to the Afghan forces will bolster their ability to combat terrorist groups that pose a threat to everyone.

Role of regional actors and Pakistan

The NATO declaration stated that regional actors and Pakistan have a significant role to play in Afghanistan achieving peace.

“Regional actors have a significant role to play in achieving peace and stabilization in Afghanistan by fully supporting a negotiated political solution, by not lending any form of support to the insurgency, by improving conditions for Afghan economic development, and by working with the Afghan government to combat terrorism.

“We encourage Pakistan to continue to act on its stated support for a political solution to the conflict, to close terrorist sanctuaries and to work to prevent terrorist financial flows and cross-border attacks, including by working with its neighbors. In this regard, we welcome the finalization of the Afghanistan-Pakistan Action Plan for Peace and Solidarity,” said NATO.