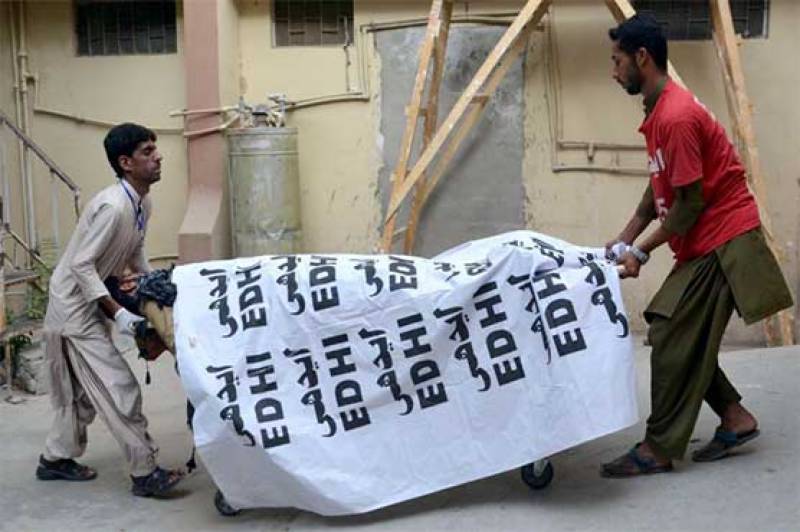 QUETTA – Another victim of Mastung blast has succumbed to injuries after which the death toll has reached 131.

The blast is the latest in a string of attacks that have spurred fears of violence ahead of nationwide polls on July 25. Authorities said the suicide bomber detonated in the middle of a compound where the political meeting was taking place.

One political worker, Salam Baloch, said he heard a "deafening blast" and saw a "thick grey ball of fire and smoke".

Emergency workers also shuttled victims in ambulances as bystanders sobbed in the darkness due to the lack of electricity in the impoverished area.

Survivors in blood-smeared clothes were taken to hospitals in Mastung and nearby Quetta, where they were greeted by tense crowds of mourners. The deceased could be seen covered in shrouds.

The attack was the most lethal since Taliban militants assaulted a school in the northwestern city of Peshawar in 2014, killing over 150 people, mostly children, and one of the deadliest in Pakistan’s long struggle with militancy.

It came hours after four people were killed and 39 injured when a bomb hidden inside a motorcycle detonated close to another politician’s convoy in Bannu on Friday, near the border with Afghanistan. ------------------------------

The politician -- Akram Khan Durrani, a candidate of the Muttahida Majlis-e-Amal (MMA) party -- survived, police said. No group has yet claimed responsibility for that attack.

On Tuesday, a bomb claimed by the Taliban targeted a rally by the Awami National Party (ANP) in the city of Peshawar.

They expressed deep grief and sorrow over loss of precious lives in the blast. They directed for providing the best medical facilities to the injured.

Sardar Muhammad Raza expressed deep grief and sorrow over death of Siraj Raisani and others in the attack.

Pakistan Peoples’ Party (PPP) Bilawal Bhutto Zardari has strongly condemned terrorist bombing on the convoy of JUI-F leader Akram Khan Durrani near Bannu and stressed for adequate security to the contesting candidates in the wake of growing terrorist threats.

Militants have targeted politicians, religious gatherings, security forces and even schools in Pakistan.

But security across the country has dramatically improved since government and military operations cleared large swathes of territory near the Afghan border in recent years.

Last month, a US air strike killed the leader of the Taliban, Maulana Fazlullah, in neighbouring Afghanistan in what the Pakistani army called a "positive development" that also sparked fears of reprisals.

The military has warned of security threats in the run-up to the tense election on July 25, and said it will deploy more than 370,000 soldiers on polling day.

Activists called for Pakistani authorities to remain vigilant to protect candidates during the final days of the campaign season, already tense amid a stand-off between former premier Nawaz Sharif and the security establishment. - APP/AFP