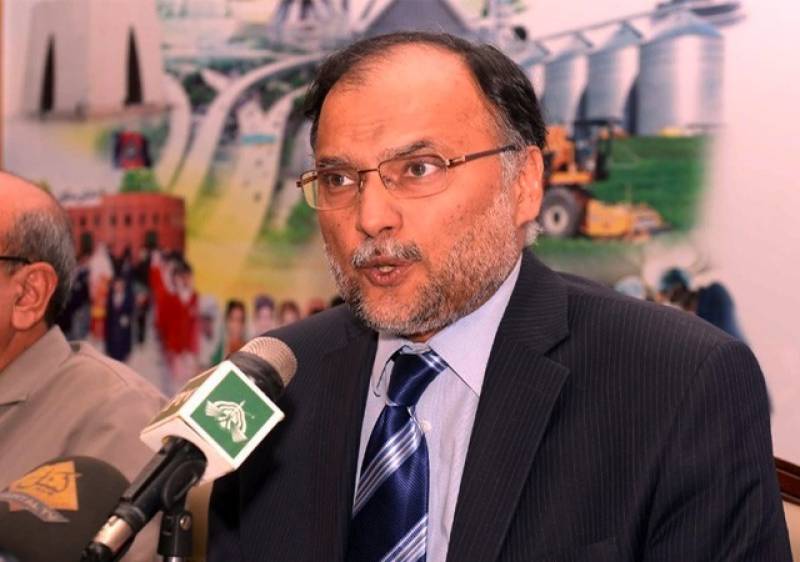 Replying to various supplementary questions during Question Hour,the minister said, the Zones were being established with the consensus of concerned provincial government.

To a supplementary question, the minister said 75 per cent of the total amount under CPEC is investment while remaining is soft loans on mere 2 per cent markup. The repayment period for the loans is 20-25 years, he said.

He said bulk of CPEC projects were related to energy to make Pakistan self-reliance in this sector.

He said the investors were directly investing in energy sectors under CPEC and these investment was not being made through national exchequer. "The Chinese government provides a penal of companies and contract is awarded to the lowest bidder," he said.

Pakistan has nothing to do with this procedure, he added. Ahsan Iqbal said the government was constructing infrastructure projects of over Rs 200 billion in Balochistan on priority basis which would connect the province with rest of the country.

He said all these projects would be completed within two-five years which would open up new avenues of economic growth, development and progress in the province.

Regarding Western Route of CPEC, the minister said Burhan/Hakla to D I Khan Motorway route was finalized with the consensus of all political parties adding that work has already been started on it after acquiring land in a record time of six months.

He said initially it would be four lane road which would be completed in 2018. Later, it would converted into six lanes, he added.

The minister said D I Khan, Mughalkot and Zhob road was being up-graded.