US secretary of state felicitates Pakistan on independence day
14 Aug, 2017 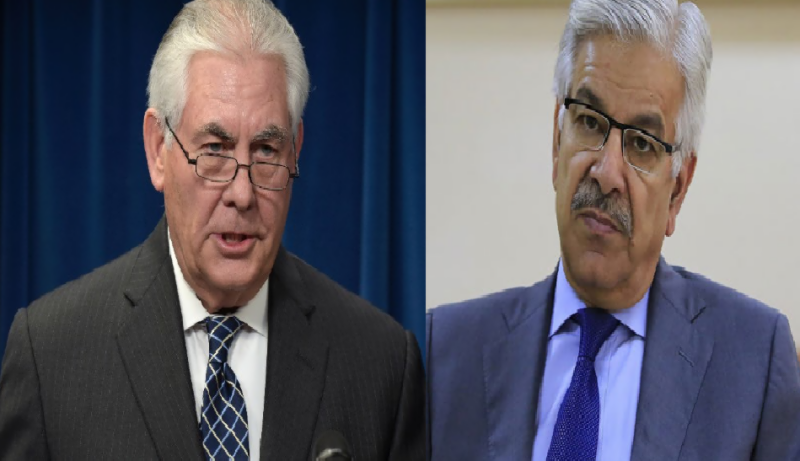 US Secretary of State Rex Tillerson called Foreign Minister Khawaja Muhammad Asif on Monday to felicitate him on the 70th Independence anniversary of Pakistan.

The Foreign Minister said the United States has been a partner in Pakistan’s journey of development, both in the socio-economic and defence sector.

He said Islamabad is committed to establishing its vital relations with Washington.

Secretary Tillerson extended an invitation to the Foreign Minister to visit the United States.