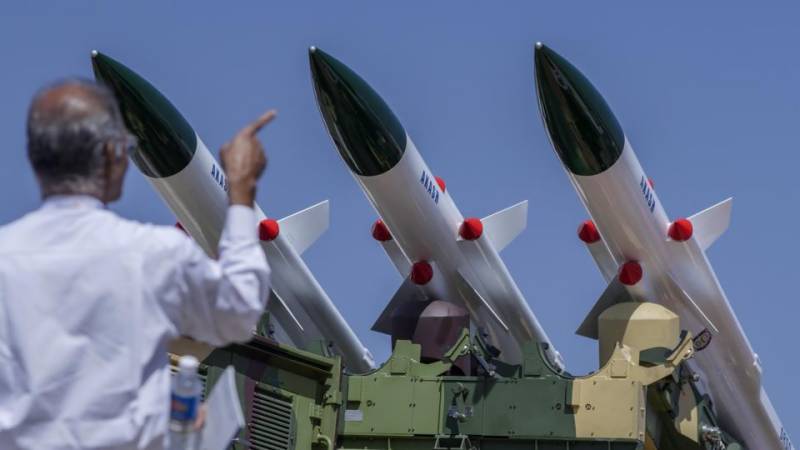 NEW DELHI - As Prime Minister Narendra Modi pushes ahead with his military modernization process with a targeted $250 billion spend over 10 years till 2025, India has widened the scope of its arms purchases to include equipment from the US. In the last two years, the US has emerged as India’s top defense supplier.

Since 2007, the US has won defense orders from India worth $17 billion, according to data compiled by Bloomberg.

India is reducing its dependence on Russia for critical defense programs, with the joint venture BrahMos missile set to be guided by a locally-developed target tracking device in the next year.

“Our objective is to make use of the Indian seeker on all future BrahMos missiles,” Mishra said in an interview on the sidelines of India’s defense show, DefExpo, on Wednesday in Chennai. “The Russians say if the Indians supply a cheaper, cost-effective and reliable seeker, then let us take it from India.”

There are also plans to use a locally-made warhead on the missile, he said, without specifying a time frame.

Russia accounted for 68% of India’s arms imports from 2012 to 2016, according to Stockholm International Peace Research Institute.

It’s been the largest defense supplier to India since the 1960s when the MiG-21 supersonic fighter jets were bought to equip the Indian Air Force.

These were then license-produced at the state-held Hindustan Aeronautics Limited until recently, when India began to junk the MiG jets and plan a complete phase out of the aircraft by 2022.

India is preparing to test an anti-ship version of the seeker sometime in October-November this year, Mishra said. A successful second test would allow it to go into production soon after.