Trump unveils plan to reduce US pharmaceutical prices
13 May, 2018 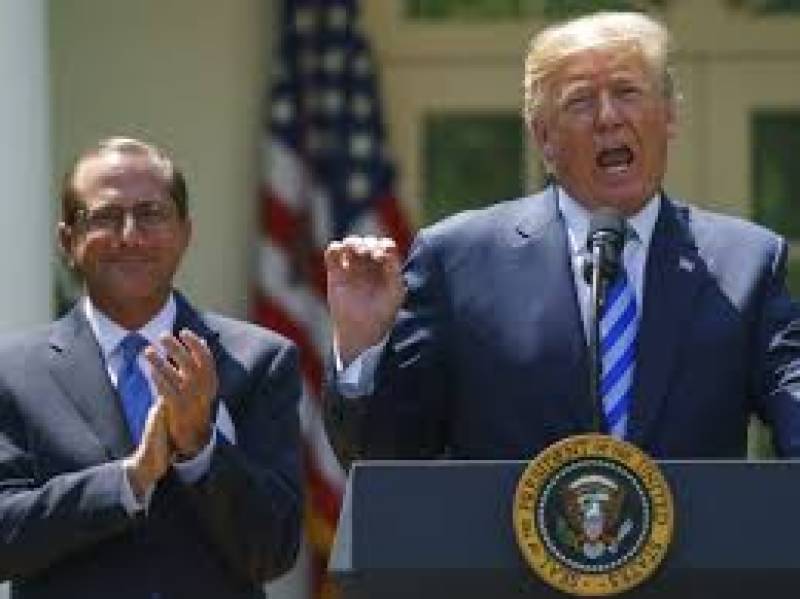 Washington: President Donald Trump outlined plans Friday to reduce soaring US prescription drug prices, among the highest in the world, but opposition Democrats accused him of falling short of his election campaign promises.

The plan will focus on "increasing competition and reducing regulatory burdens so drugs can be gotten to the market quicker and cheaper," Trump said at a White House ceremony with Health Secretary Alex Azar.

Trump's program essentially aims to lower the price of drugs for seniors and retirees covered by the Medicare social insurance program.

But while saying the plan takes steps to "derail the gravy train for special interests" by ending incentives that encourage higher drug prices, Trump opted against allowing the federal government to directly negotiate lower pricing for Medicare, which would allow for more competitive costs -- something he had pledged to do on the campaign trail.

Senate Democrat Claire McCaskill welcomed Trump's crackdown on the pharmaceutical industry, but she wondered "why the president backed off the idea of Medicare negotiating drug prices directly, which could bring significant savings for millions of people."

Drug pricing has vexed US politicians for years. According to statistics of the Organization for Economic Co-operation and Development, the United States has the highest annual health expenditures of any industrialized country, at nearly $10,000 per capita, with drugs prices playing a major role.

Trump has accused foreign countries of being partly responsible for the astronomical US prices.

"Their medicine is a tiny fraction of what the medicine costs in the USA," Trump said, without naming countries. "It's unfair and it's ridiculous, and it's not going to happen any longer."

The US Trade Representative Robert Lighthizer said the Trump administration will use "every tool available" to ensure other nations use fair pricing practices.

"Our trading partners need to contribute their fair share toward pharmaceutical research and development by providing robust levels of intellectual property protection and enforcement, as well as having fair and transparent drug pricing systems," Lighthizer said.

But top Senate Democrat Chuck Schumer said it was "the height of absurdity" for Trump to blame foreign countries for exorbitant US prices.

On Wall Street, shares of major pharmaceutical companies appeared unfazed by the announcement, with Merck closing up 2.81 percent, Pfizer gaining 1.31 percent, Bristol Myers up 1.39 percent and Eli Lilly - where Azar was a top executive -- ahead 1.97 percent. APP/AFP