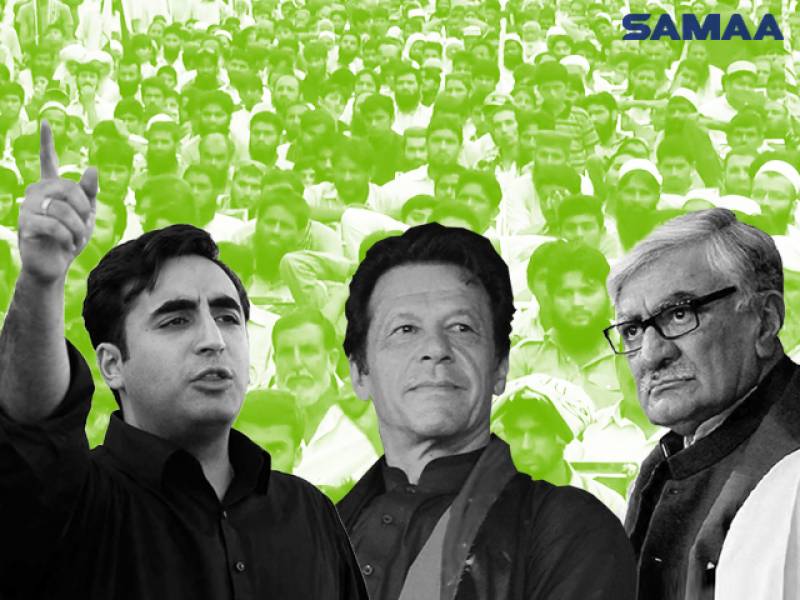 The police have a traffic plan for the Pakistan People’s Party (PPP) rally at Bagh-e-Jinnah. Roads leading from Jamshed Road, Teen Hatti to Numaish and Capri Cinema have been blocked for traffic. Vehicles will be diverted to Guru Mandir and Soldier Bazaar. The routes from Guru Mandir to Soldier Bazaar and Jamshed Road to Jail Chowrangi will also be closed for traffic.

Roads leading from Society Chowrangi to Numaish will be closed for traffic. The traffic from these roads will be diverted to Kashmir Road via Society Chowrangi. Traffic will also not be allowed on the roads from PP Chowrangim then Sadar Dawakhana to Redware 3. People can travel from Khudadad Colony flyover to Shahrah-e-Quaideen.

Traffic from University Road will be diverted to Shaheed-e-Millat from Jail Chowrangi. Traffic will be barred from travelling to Ayesha Aziz Chowrangi from Tariq Road. People can use the route from Noorani Chowrangi which leads to Shahrah-e-Quaideen. The road from Regal to New MA Jinnah Road and then Redware 3 has been blocked for vehicles. The route from Saddar Dawakhana to Lucky Star and then Shahrah-e-Faisal will be open for traffic.

Heavy traffic from Nazimabad and Teen Hatti will not be allowed to travel to Lasbela from Guru Mandir. It will be diverted to Nishtar Road. The road to Britto Road will be closed for vehicles coming from Lasbela and Albela Signal.

PPP’s Bilawal Bhutto is expected to address his rally at 4pm which is around the same time as PTI’s Imran Khan at Aladdin Park.

Pakistan People’s Party will flex its political muscle in Bagh-e-Jinnah and Pakistan Tehreek-e-Insaf in Gulshan-e-Iqbal Ground near Aladin Park later in the day.

The general elections 2018 are expected to take place after two months.

Arrangements have been finalized for the PPP rally, as chairs have been set at the venue. Sindh Chief Minister Murad Ali Shah visited the venue overnight to inspect the preparations. He encouraged the workers. “Bilawal Bhutto’s rally will revive memories of the huge gathering led by Benazir Bhutto,” said the chief minister.

Meantime, PTI workers also put in place lighting, sound systems and chairs at the venue. A 20-foot high stage has been set. A bullet-proof box has been installed at the stage.

“I will disclose as to how we can give back Karachi its usual life and lights,” said Imran Khan in a video message. The PTI chief requested the people of Karachi to attend the rally and said he would announce a package for the city.

In the meantime, the Awami National Party also will organize a rally at Bacha Khan Center in Banaras Colony. AP