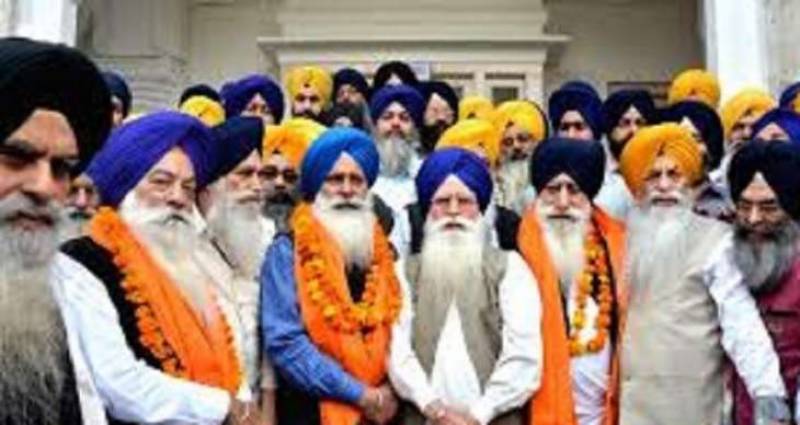 ISLAMABAD:A 22-member delegation of Sikh Yatrees from Malaysia arrived here on Monday to visit the birth place of Baba Gurunanak and different Gurdwaras.

The government of Pakistan has made special arrangements for the stay, food, transportation and security of the Yatrees during their five-day stay, a press release said.

In the first phase of Yatra, the delegation reached Hasanabdal from Lahore.

The officials of Evacuee Trust Property Board (ETPB) warmly welcomed the Sikh Yatrees when they reached Lahore and Islamabad.

The Yatrees will stay at Gurdwara Panja Sahib at night and on Tuesday they will visit Janam Asthan Nankana Sahib and Gurdwara Darshan Lahore and will stay there in the night.

On the third day, the Sikh Yatrees will visit all the Gurdwaras of Lahore including Bal Laila Sahib, Pati Sahib, Tamboo Sahib, Maleji Sahib and Kiara Sahib and will stay there in the night.

On the fourth day, the Yatrees will visit the Aimanabad Gurdwara Gujranwala, Rohri Sahib, Socha Soda Sahib Gurdwara Farooqabad and Gurdwara Kartarpur Sahib in Narowal and will spend the night there.

On the fifth day, the delegation will visit Gurdwara Dera Sahib and the Samadh of Raja Ranjeet Sahib and then through Wagah border will return from Amritsar to Malaysia.

The government of Pakistan has given complete religious freedom to the minorities living in Pakistan and according to the constitution of Pakistan all rights are being given to them. Special arrangements are also made to celebrate the religious festivals of non-Muslims.

Similarly, arrangements are made for the stay, food, traveling and security of the Yatrees who come from different countries to celebrate their religious festivals and visit their places of worship.

The Yatrees have expressed their satisfaction over the arrangements made by the Government of Pakistan.

The Evacuee Trust Property Board has made complete arrangements for the facility of thousands of Sikh Yatrees coming from different countries including India to participate in the celebrations of Besakhi Mela and Khalsa Janam Din.

Yatrees from India, United States, Britain, Australia, Switzerland and other countries will come to Pakistan. The services of Hilal Ahmer and Young Doctors Association will be hired for providing the medical facilities. Generators will be available in case of load-shedding.

Close circuit television cameras and walk through gates will be installed to ensure strict security.

Yatrees from India and other parts of the world will reach Lahore through Wagah Railway Station on April 12.

The main event of Khalsa Janam Din and Besaki will be held at Gurdwara Panja Sahib Hassan Abdal on April 14. Different political and religious personalities will participate in the event. APP/AFP