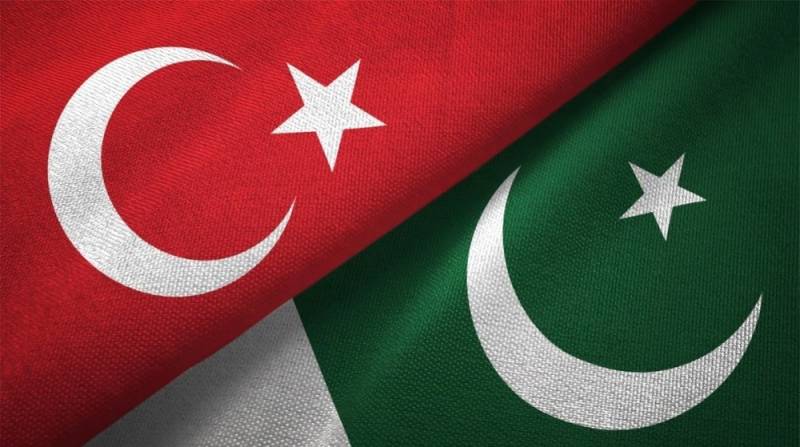 Pakistan and Turkey have agreed to solidify and further expand bilateral cooperation, in the fields of education, trade, and culture.

An agreement was signed at a meeting held in Islamabad between the President of Pakistan, Dr. Arif Alvi, and Turkish Foreign Minister, Mevlut Cavusoglu.

The foreign minister led the Turkish delegation visiting Pakistan. Welcoming the delegation, President Alvi said that Pakistan and Turkey enjoyed excellent relations, and both countries needed to further enhance economic and cultural relations for the mutual benefit of the two countries.

He informed that Pakistan’s ranking of Ease of Doing Business had tremendously improved, and Turkish investors need to capitalize on investment opportunities in Pakistan. The President expressed satisfaction over Turkish investment in Pakistan, which has grown over $1 billion.

He thanked the Turkish leadership for its principled stance on Indian Illegally Occupied Jammu and Kashmir and asked the Foreign Minister to convey his gratitude to President Recep Tayyip Erdogan for raising the voice of Kashmiris during his recent speech at UN General Assembly.

Alvi also appreciated Turkey’s leading role in the global efforts to fight the COVID-19 pandemic by providing assistance and support to Pakistan and other countries.

The Turkish Foreign Minister said that Turkey was keen to improve trade relations with Pakistan. He added that Turkey would continue encouraging Turkish companies to invest in Pakistan.

Minister Cavusoglu assured that his country would continue to support Pakistan at international forums. He appreciated Pakistan’s support to Azerbaijan on Nagorno Karabakh.

Later, the President conferred the award of Hilal-e-Pakistan on the Turkish Foreign Minister, at a special investiture ceremony, in recognition of his services for the promotion of international peace and security and Pak-Turkey relations.

Another MoU signing ceremony was also held between Pakistan and Turkey at the Ministry of Foreign Affairs on Wednesday, in which agreements on the promotion of bilateral cooperation in the field of education were signed.

Foreign Secretary Sohail Mahmood, Federal Secretary for Education Farah Hamid, and senior officials of the Ministry of Foreign Affairs were also present on the occasion.