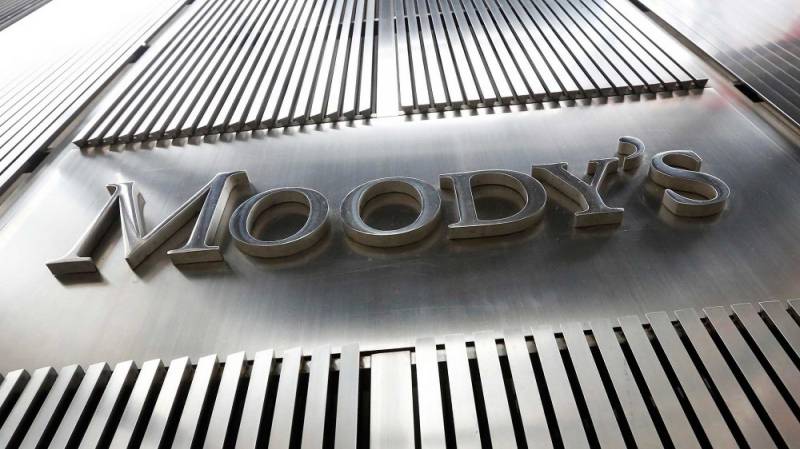 Moody’s Investors Service has said in a new report that its stable outlook for Pakistan’s banking system reflects banks’ solid funding and liquidity. However, a challenging but improving operating environment will weigh on asset quality and profitability.

Senior Vice President at Moody’s, Constantinos Kypreos, said, “Despite a difficult environment, the government’s credit profile is stable due to ongoing reforms and increasing policy effectiveness – a positive for the banks given their outsized holdings of Pakistani government debt link their credit profiles to that of the government.”

Moody’s expects the slow economic recovery to affect loan quality, with nonperforming loans (NPLs) expected to rise over the coming months from a sector-wide level of 9.9 percent of gross loans in September 2020.

Banks’ foreign operations, export-oriented industries, and companies reliant on government payments and subsidies will be hit hardest, but loan repayment holidays and other government support measures should help contain some risks.

Moody’s expect Pakistan’s economy to return to a modest 1.5 percent growth in fiscal 2021, while government and central bank responses and reforms will partially soften the pandemic’s impact.

The Senior VP added, “Deposit-based funding and good liquidity buffers also remain strengths, while the probability of government support in a crisis is high, even if its ability to do so is limited by fiscal challenges.”

He further added that the slow economic recovery would hurt government finances while successive waves of coronavirus infection weigh on consumer spending and business confidence, all of which will affect the banking sector.

The credit rating agency has projected a government deficit of 8 percent for 2021, with rising arrears and circular debt in the energy sector also affecting corporates’ repayment capabilities.

“We perceive risks to the Pakistani economy to be lower than for similar-rated peers. Pakistan’s relatively closed economy has low reliance on exports and private capital inflows and limited trade and supply chain linkages. This reduces its exposure to weak global demand, including international tourism,” it added. ------------------------------

The report also said that wide fiscal deficits, which will – to a large extent – be financed by local banks, may also take precedence over lending to the private sector.

In this environment, Moody’s expects private-sector lending to grow by between 5 percent and 7 percent in 2021. FATF

Pakistani banks are heavily exposed to the B3-rated Pakistan sovereign through large holdings of government securities and lending. This links their creditworthiness with that of the government.

Pakistani banks hold government securities worth Rs. 10.3 trillion. The report said, “We expect government exposure to remain high over our outlook horizon because Pakistani banks will remain the main source of financing for the government. The government’s commitment to stop borrowing from the central bank will also lead to increased government reliance on banks to meet its financing needs.” NPLs

Nonperforming loans (NPLs) in the Pakistan banking sector rose to 9.9 percent of total loans as of September 2020 (8 percent as of December 2018), and we expect a further increase as the economic slowdown takes its toll on borrowers’ repayment capabilities, Moody’s added.

Loan quality risks will be mitigated by improvements in the legal and regulatory framework to support NPL recovery. “We expect reported capital ratios to remain broadly stable over the next 12 to 18 months, even though SBP [State Bank of Pakistan] has eased capital requirements,” said the report, adding, “Reduced capital generation will be offset by lower dividend payments and muted growth in risk-weighted assets.”

Profitability for 2021 has been projected by Moody’s to come under renewed pressure, primarily from increased loan-loss provisions reflecting a challenging operating environment, as well as weak loan performance in the Gulf region.

Customer deposits accounted for 74 percent of total assets as of September 2020, of which around half are stable household deposits. Deposits at Islamic financial institutions reached 17 percent of total deposits.

A significant share of deposits is, however, sourced from the government and related institutions. The recent introduction of a Treasury Single Account (TSA), where Federal Government deposits will be required to be held at the SBP, will lead to some deposit outflows from banks.

Market funding remains high at 18 percent of assets as of September 2020. This is mainly in the form of interbank and SBP repo facilities, used for “carry trades” (i.e., buying government bonds funded by short-term borrowing).

“We expect Pakistani banks to maintain comfortable liquidity buffers, with core liquid assets accounting for 13 percent of assets as of September 2020, complemented by the banks’ investments in government securities, which are accepted by the State Bank of Pakistan as collateral for repo funding,” the report predicted.

Moody’s also expects banks’ foreign-currency liquidity to remain adequate, partly supported by low levels of dollars in the system and SBP policies that allow for the exchange rate to act as a shock absorber.

Government and central bank policy responses and structural reforms will soften the pandemic’s impact but not fully offset it. “In this environment, we expect private-sector lending to grow modestly, by 5 percent-7 percent, over the calendar year,” Moody’s said.

The coronavirus pandemic is weighing on economic activity in Pakistan and real GDP contracted by 0.4 percent in fiscal 2020. “We expect the economy to return to growth in fiscal 2021, reaching a modest 1.5 percent. Although high-frequency indicators suggest that economic activity has started to rebound, restrictions on movements to prevent the spread of the coronavirus will keep economic output below pre-outbreak levels for some time. Growth will, however, accelerate to 4.4 percent in 2022,” it added.