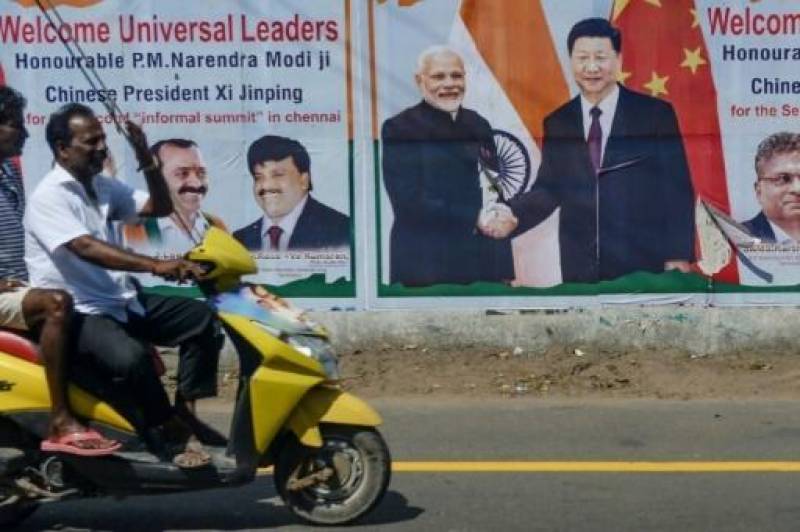 China was irked by India's August move to split Jammu and Kashmir in two because it will make the state's Ladakh region -- part of which is claimed by Beijing -- a separate Indian administrative territory.

India meanwhile has been enraged by China's diplomatic backing for Pakistan, which controls a much larger part of Kashmir.

When Xi said he supports Pakistan's "legitimate rights", India's foreign ministry thundered it was "not for other countries to comment on the internal affairs of India".

The Indian Express newspaper quoted unnamed sources as saying Modi would urge Xi to be more "sensitive" to India's concerns, and to "explain to the Chinese president the reasons behind Delhi's decision on Kashmir".

Delhi feels Beijing has broken an understanding to be aware of each nation's "sensitivities and concerns", the paper said, noting India had stayed silent over the current upheaval in Hong Kong.

India and China -- home to more than a third of humanity -- have never been the best of friends, going to war in 1962 and engaging in a series of Himalayan standoffs since.

The Dalai Lama, the Tibetan spiritual leader and long a thorn in China's side, has been allowed to live in and travel the world from his base Dharamsala in northern India since 1959.

In 2017 Delhi and Beijing staged an alarming two-month face-off on the Doklam plateau -- claimed by China and Bhutan -- when Chinese troops started building a road and India sent its forces to halt them.

However, the following year Xi and Modi patched things up in China's Wuhan. Their latest meeting, over elaborate meals and dance performances in Mahabalipuram on Friday and Saturday, is aimed at building on that.

Mahabalipuram -- home to historical monuments that pay testament to India and China's ancient ties -- has seen more than 40 Tibetans, including a prominent activist, reportedly detained ahead of the summit.

But since Wuhan other irritants have emerged, including a reported "scuffle" in Ladakh last month and Indian military activities in the northern Indian state of Arunachal Pradesh, part of which Beijing claims.

India and Washington, seeking with others to counter China's growing regional assertiveness, have deepened military cooperation and India has moved closer to the Quad security dialogue with Japan, the United States and Australia.

On commerce India and China -- both facing a protectionist America -- want greater access to each other's markets, with India currently importing from China far more than it exports there.

Beijing also wants Delhi to ignore Western cyber-security concerns on Huawei -- already a big player in the India mobile sector -- and allow the telecoms firm to be part of 5G trials.

Huawei's "contribution to India's economic and social development is obvious to all," China's foreign ministry said this week, hoping Delhi would make "independent and objective judgments and decisions". -APP/AFP