Israeli military martyrs 6 Palestinians in an operation in Gaza
12 Nov, 2018 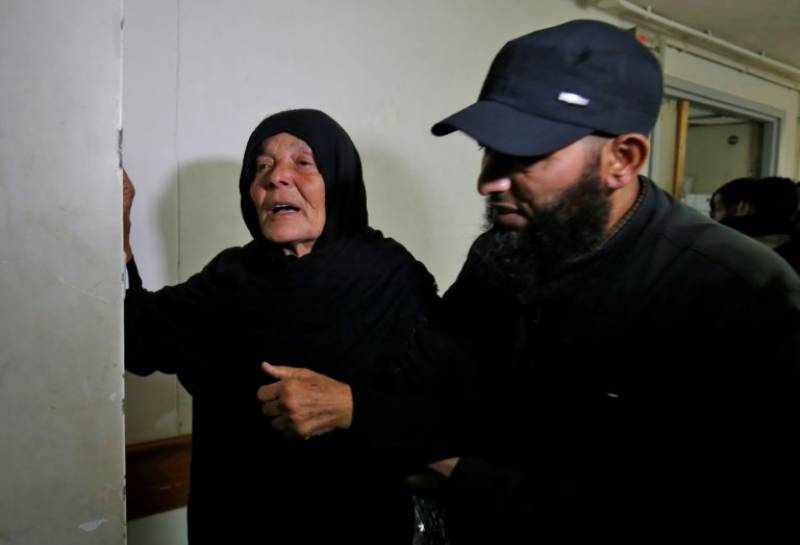 GAZA CITY - An exchange of fire erupted during an Israeli military operation in the Gaza Strip on Sunday, killing six Palestinians and an Israeli soldier, officials said, while potentially dashing hopes that a recent agreement would restore calm.

As tensions rose following the clash, Israeli Prime Minister Benjamin Netanyahu´s office said he would cut short his trip to Paris, where he had been attending World War I commemorations, and return home.

After the clash erupted, sirens were reported in southern Israel indicating possible rocket fire from the Gaza Strip.

Ten launches from Gaza towards Israel were identified and two were intercepted by Israeli missile defences, the army said. It was not immediately clear where the others had landed.

Details were still emerging of the incident that Palestinian officials said occurred east of Khan Yunis in the southern Gaza Strip.

The dead included a local commander for Hamas´s armed wing, the Ezzedine al-Qassam Brigades, the brigades said in a statement. He was identified as Nour Baraka.

Israel´s army confirmed one soldier was killed and another was injured.

"During an (Israeli) special forces operational activity in the Gaza Strip, an exchange of fire evolved," the army said in a statement.

"At this incident, an IDF officer was killed and an additional officer was moderately injured," it added, referring to the Israel Defence Forces.

It added that the operation was now over.

Hamas´s armed wing alleged in a statement that an Israeli special forces team infiltrated near Khan Yunis in a civilian car.

Israel´s military had not confirmed those details nor described what type of operation it carried out.

A ground operation inside the Gaza Strip would be rare and likely significantly boost tensions.