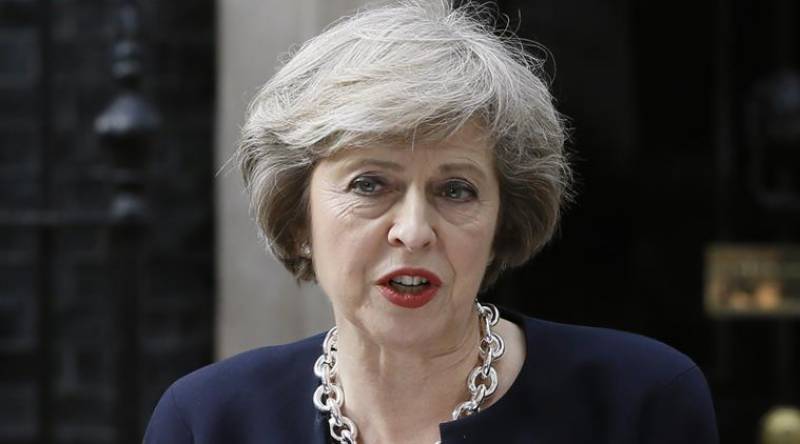 TEHRAN: (APP) Iran summoned the British ambassador Saturday to protest against "interference" by Prime Minister Theresa May after she told Gulf leaders she would help counter the country's influence in the region.

Nicholas Hopton was told by a senior Iranian diplomat that "irresponsible, provocative and divisive comments by Theresa May at the (Gulf) summit are unacceptable and we reject them", foreign ministry spokesman Bahram Ghasemi said, quoted by state television's website.

"It is expected that such unacceptable remarks will not be made again."

Addressing a summit of the six-nation Gulf Cooperation Council (GCC) in Bahrain, May on Wednesday reaffirmed British support for traditional allies in the region and said her country would help "push back against Iran's aggressive regional actions".

The mainly Sunni Arab Gulf monarchies and Shiite Iran are bitter regional rivals, at odds over a range of issues including the wars in Syria and Yemen.

In a joint statement, GCC states and Britain agreed to a "strategic partnership" and said they "oppose and will work together to counter Iran's destabilising activities".

Iran and Britain reopened their respective embassies in 2015 following a nuclear deal with world powers, after four years of strained ties.

The two states appointed ambassadors in September for the first time since 2011.

Ghasemi said May's remarks to the GCC summit went against the development of normal relations "and damage mutual ties".

He added that while Iran's regional policies are based on peace and security, "it is unfortunate and surprising that British officials and the prime minister have failed to note that some countries in the region pursue a clear policy of supporting terrorism".