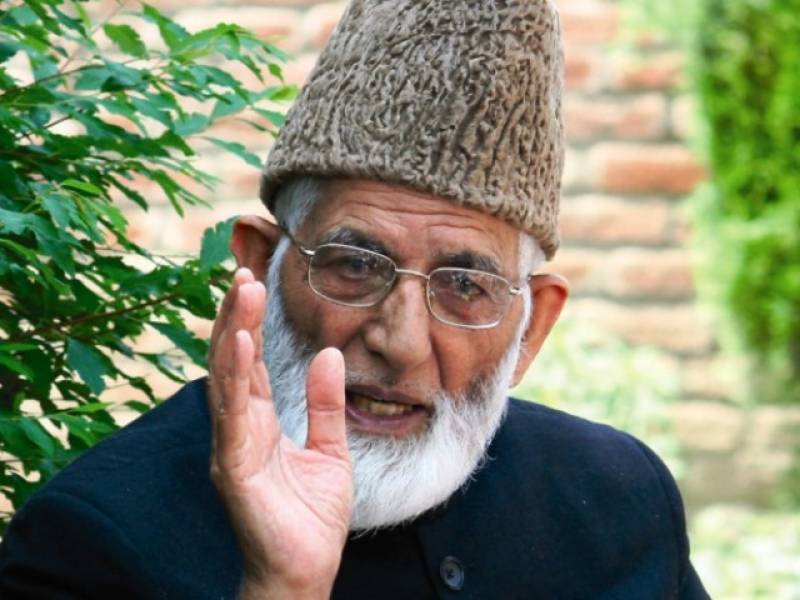 According to Kashmir Media Service, Syed Ali Gilani in a statement issued in Srinagar said,"These rallies are willful act by Sang Parivaar to harass the Muslims and put them under psychological stress, pressurizing them by their manpower and muscle so that they can't dare to speak against the horrifying and ruthless atrocities in Kashmir".

Elaborating, he said at the time of Indian independence from Britain, Indian populace particularly fascist and fanatic elements celebrated their freedom with the blood and honor of Muslims.

The APHC Chairman said, "In Jammu region, only 5 lakh Muslims were massacred by Patiala army, Dogra army and Jan Sang just to change the demography of the area. Their property, houses, land and business was snatched from them and those who escaped this wrath were pushed to Pakistan."

He said that majority in Jammu; especially fanatic elements have their own police, army, bureaucracy, government of their side to oppress Muslims. In addition to this, 30,000 VDCs are always a supplementary force to hunt the poor Muslims and they never tolerate their presence, he added.

Jammu and Kashmir was never a part of India even before 1947: APHC

Syed Ali Gilani said, "They have tried every repressive measure in their armory and even today for the last 92 days Kashmir is doused in the blood and anybody raising voice against this barbarism is strangulated and put behind bars. Slaughtered, innocents, maimed and the death and destruction of whole Kashmir is more than sufficient to shake the strongest of the hearts of any autocrat. But our breed of henchmen is made of such a stuff that nothing, neither the death nor the devastation can mould their iron hearts, thereby testifying their inheritance to their forefathers."