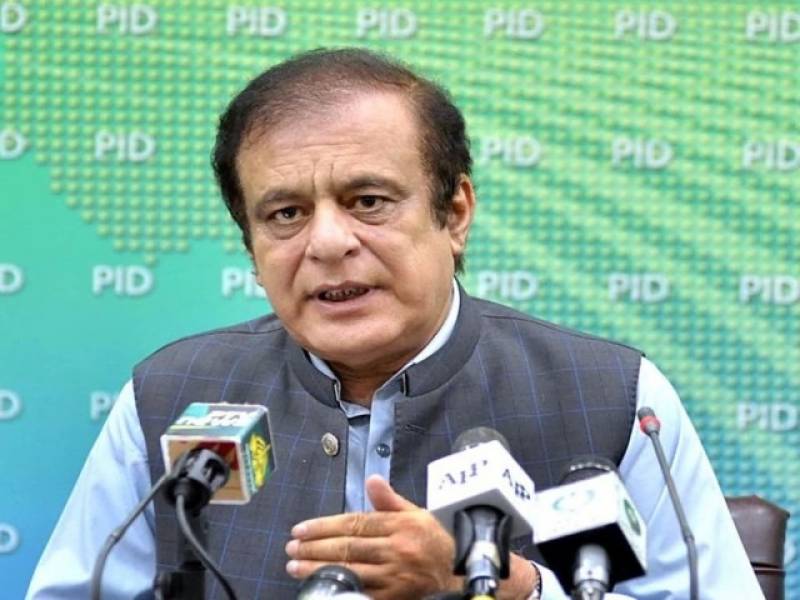 Briefing the media about the decisions of the cabinet meeting chaired by Prime Minister Imran Khan, the minister said the draft State Bank of Pakistan (Amendment) Bill, 2021, which would now be tabled in the Parliament, was aimed at ensuring the operational and administrative autonomy of the SBP, and increase its scope and powers.

He said the SBP as a regulator was responsible to control inflation but due to lacunas in the act, it was unable to perform in an effective manner.

The present government, he added, wanted to further empower the central bank so that it could take decisions independently without any outside interference. The past rulers used to get political advantages by misusing the SBP's authority. of the SBP.

The step to empower the SBP would have far reaching impact on the economy and it would help control inflation, the minister said.

He said the cabinet also approved the Out-of-School Children Framework. Under the framework, all the factors and motivations that prevented children from going to school, were being examined. The framework also proposed strategies to bring out-of-school children back to school, he added.

The cabinet, the minister said, also approved the procedure for distribution of donations provided by the Government of Pakistan to the SAARC COVID- 19 Emergency Fund. It may be recalled that the cabinet had already approved the donation of $ 3 million to the fund.

At the time of setting up the fund, it was decided that the fund would be distributed through the SAARC Secretariat, but later it was decided by the SAARC member countries to distribute the donations provided by each member on a bilateral basis. Therefore, the cabinet approved a new method of distribution of donations from Pakistan to the SAARC Fund in accordance with the new procedure.

Shibli Faraz said the cabinet gave its consent to the proposal of Federal Minister for Science and Technology Chaudhry Fawad Hussain that Pakistan should also give COVID-19 related equipment being produced in Pakistan as part of the grant.

He said the cabinet appreciated the decision of Justice Azmat Saeed, the chairman of the inquiry commission on Broadsheet not to get any perks and privileges.

He said the cabinet also approved Income Tax (amendment) 2021, which was an important piece of legislation to improve the tax network.

He said the cabinet discussed the reforms in state-owned enterprises (SOEs) and it was informed that steps had been taken to improve their performance.

The cabinet was informed that before the Pakistan Tehreek-e-Insaf (PTI) government came to power, the SOEs had registered Rs 286 billion loss in the fiscal year 2017-18, which was halved to Rs 143 billion in 2018-19.

He said the cabinet gave approval to the summary of appointment of Aizaz Ahmed as Managing Director of National Transmission & Despatch Company (NTDC). It also approved the appointment of Fauzia Khan as Director General of Pakistan Quality Control Authority.

The minister said the cabinet also gave approval to the appointment of Tariq Rashid as DG of Government Employees Housing Authority.

He said the cabinet also gave its nod to the proposal of removing the Chief Executive Officer of Drug Regulatory Authority Sheikh Akhtar Hussain and appointment of Asim Rauf as its acting CEO.

The cabinet also gave approval to the protocols for amendment in North-South gas pipeline agreement with Russia.

The minister said the cabinet did not agree with the proposal made by the Government of Sindh regarding member finance in the NEPRA (National Electric Power Regulatory Authority) Tribunal, considering the qualifications and experience of the candidates.

The cabinet, he said, approved the issuance of 41 new licenses, revocation of seven licences, transfer of five and one case of jurisdiction in respect of Overseas Employment Promoters Licenses.

The cabinet was informed that the Bureau of Immigration and Overseas Employees had so far sent 1.1 million people abroad, he added.

Responding to a question, Shibli Faraz said the politics of opposition revolved around money, browbeating and extortion. "An investor invests money, wins elections and then starts minting money after joining the government and patronizing various mafias."

He said the electoral process would remain controversial without transparency and openness. Right now a battle was underway between two systems– the opposition was representing the evil side and the government was leading the righteous forces.

Shibli Faraz said Senator-elect Syed Yousaf Raza Gilani had not even shown an iota of repent over surfacing of news about his son's attempts to purchase votes in the recent Senate election. On the contrary, “my father Ahmed Faraz will have disinherited me if I were involved in such dirty practices,” he added.

“We will have to bring rule of law in the country as without this progress and prosperity is impossible.”

The minister said it was astonishing that Pakistan Democratic Movement chief Maulana Fazlur Rehman, who himselhf had been rejected by the people of his constituency, was demanding the government to resign.

The opposition was divided as a tug of war for Nawaz Sharif's succession was going on in the Sharif family between Hamza Shahbaz and Maryam Nawaz, while the other component parties had their own internal bickering, he added.

He denied the impression that the opposition had the support of 51 senators and the government had 48 senators. During the last Senate elections, scores of PML-N senators were elected as independents. The ruling coalition's candidate Sadiq Sanjrani would win the coveted post of Senate chairman, he added.