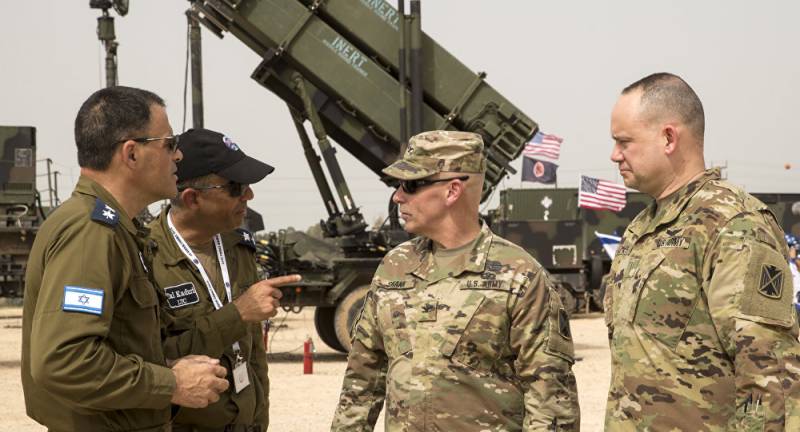 JERUSALEM- US and Israeli military officials announced that they have launched a month-long joint military drill that simulates a missile attack on Tel Aviv.

About 2,500 soldiers, including 1,400 marines and 1,100 naval personnel from the US European Command (USEUCOM), along with 2,000 Israeli Aerial Defense troops, logistics units and other Israel Defense Forces (IDF) units are deployed in Israel to take part in the so-called "Juniper Cobra 2018" drill, which is said to be the largest joint combat exercise between the two states. In addition, two US Navy vessels arrived in Israel to take part in the exercise.

"For more than four weeks, they will train shoulder to shoulder, the same as we will fight in times of crisis. It’s not just about an exercise," Brig. Gen. Zvika Haimovich, Israel’s air defense commander, said.

He also added that the military drill "will serve as an opportunity" for Israeli troops "to enhance operational capabilities in the face of high-trajectory threats."

As part of the ninth Cobra military drill, the forces of the two countries will perform simulations of missile threat scenarios, including testing of the anti-ballistic missile system Arrow, the Iron Dome anti-rocket system, the medium-range interceptor Patriot missile systems and David’s Sling, which is designed to shoot down mid-range missiles launched by Hezbollah in Lebanon.

"In the coming weeks we will train together to face complex and challenging scenarios, which are relevant to the dynamic range of threats that we must be prepared to face,” Haimovich stated.

In February, relations between Israel and Lebanon deteriorated due to Israel's plans to build a wall along Lebanon's southern border as well as over the eastern Mediterranean gas field. Lebanese authorities describe the move as a "direct threat to stability," urging its neighbor to stop construction, with Lebanese General Joseph Aoun warning that the country’s army would use every possible means to confront potential "Israeli aggression," no matter what that cost may be.

Earlier the same month, a Hezbollah official threatened to open a new front against Israel if Tel Aviv continues to target Syria and the Gaza Strip. The statement came shortly after a clash between Israel and Iran, which resulted in the alleged downing of an Iranian drone and an Israeli aircraft.