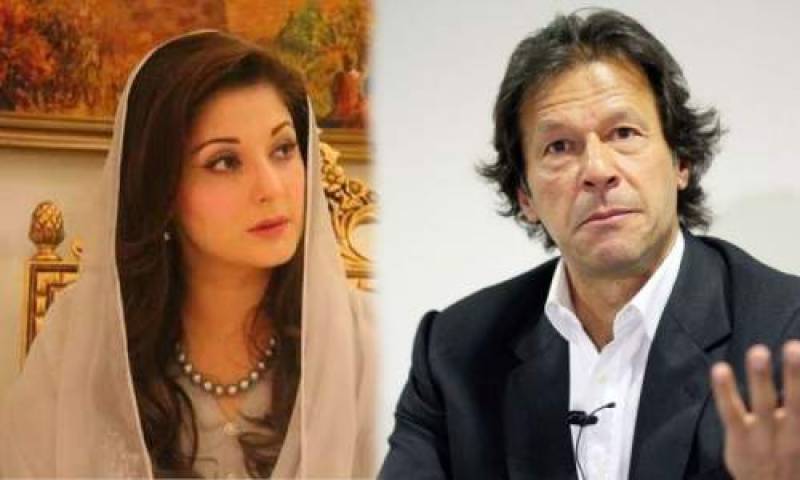 *ISLAMABAD: PTI chief Imran Khan and PML N Leader Maryam Nawaz have engaged in a Twitter war over the issue of the ownership of the London Flats. *

*Imran Khan tweeted documents of the British Virgin Islands, claiming once again that Maryam Nawaz was the beneficiary owner of the Mayfair flats. *

Maryam Nawaz tweeted an instant reply to Khan's tweet after calling him Ladla.

Imran Khan alleged that Maryam had no source of income hence the money used to purchase the flats were laundered by Nawaz Sharif in his daughter’s name.

These BVI FIA documents conclusively prove Maryam Nawaz beneficial owner of companies that own the Mayfair apartments worth billions of rupees. She had no source of income so money stolen from Pak & laundered by Nawaz Sharif in Maryam’s name. 1/2 pic.twitter.com/COPFOs6bL2 <link>

2/2 The documents expose the lies of the Sharifs from the Qatari letter to Trust deeds to the Calibri font pic.twitter.com/87LoIrNDce <link>

“The documents expose the lies of the Sharifs from the Qatari letter to Trust deeds to the Calibri font,” he posted in the following tweet.

The documents have been prepared by the Financial Investigation Agency of the British Virgin Islands.

Maryam responded to Khan’s tweet by posting one of her own.

“Mr *Ladla, *just wait for a few days. Just like Radley, Wajid Zia himself will disclose the truth about these ‘documents’,” she tweeted.

Ever since the Panama Papers scandal came to the fore, opposition parties including the PTI have claimed that Maryam Nawaz is the beneficial owner of the Mayfair flats.

However, Maryam has denied the claims and stated that she does not own any property in Pakistan or abroad.