CPEC is one of the seven economic corridors China is developing across continent
10 Mar, 2018 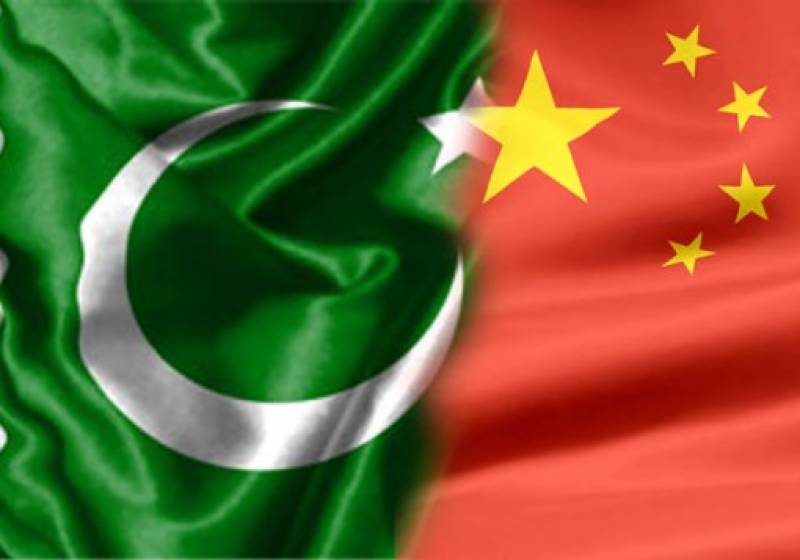 Many of Chinese cities are situated on one thousand to three four thousand kilometres distance. China has decided to cultivate and industrialise its 94% area. This way pressure on big cities will be shared and big population will start moving towards these new regions. This is great future design.

For honourable dwelling and livelihood Chinese government has introduced cottage and heavy industry in the entire country. Now in China for so big population a lot of resources are available. Sufficient food is being grown and produced locally. Chinese government is providing every sort of facilities to the Chinese producers, growers, manufacturers, importers and exporters to positively and productively utilise their potentials.

China-Pakistan Economic Corridor is not the only project of China of such design. On One Belt One Road design China is completing as many as seven economic corridors connecting the entire world capturing global economic markets. Out of the seven one is China-Pakistan Economic Corridor. New Aero Asian Land Bridge is Chinese first Corridor which leads to Russia from Western China .China Magnolia Russia is second Corridor which leads to Eastern Russia through Magnolia.

While seventh is Maritime Silk Route which connects coastal China to Indian Ocean and Arabian Sea via Singapore and Malaysia. So we wrongly think that China-Pakistan Economic Corridor is the only corridor. Absolutely not.

China enjoys best of its political and diplomatic relationship with all the countries using its economic diplomacy. On one side China is involved in Pakistan because of CPEC on other side it is busy in its Corridor leading to Bangladesh, India and Myanmar. Peace is its global slogan.

China is also busy in India because of economic corridor diplomacy. That is why China maintains balanced bilateral relationship with neighboring India. China and Saudi Arabia’s point of view in Paris moot guides us about our future economic diplomacy. We need to learn a lot.

Visionary honourable Chinese President Xi Jin Ping struggled hard to save future of over 1.35 billion Chinese. With global economic design China has connected itself with entire world. For instance Chinese products will reach from China to Gwadar.

From Gwadar its one of the destination will be East Africa. To take its products to Kenya, Uganda, Tanzania, Rwanda, Burundi and Ethiopia China will reach Mombasa from Gwadar port. On the same global design China has completed One Belt One Road in Kenya all the way to Uganda. It’s around fifteen hundred kilometres from Mombasa to Ugandan capital Kampala.

If China can meet the needs of its population through seven corridors why we can’t? We have not yet focused on the proper utilization of China-Pakistan Economic Corridor for the prosperity of two hundred million Pakistan’s. Pakistan will have to set up huge heavy industries all along this China-Pakistan Economic Corridor and should not depend on the share of profit from China only. We have witnessed that Islamabad-Lahore Motorway was constructed in 1992.

Pakistani nation was told that this Motorway will reduce distance and ease the journey. It was also told by the then government that industries will be set up along the Motorway and supply of goods will be made easier. Today we have motorways in the entire country but not even a single industry has been set up anywhere. Artificially energy and power crises were created for long time. But now the time has changed.

If China can take its products all the way ten thousands kilometres from China to Germany by road, rail and water why can’t we? We will have to meet energy and power deficit at our earliest so that we could encourage industrialists for the establishment of more and more industries.

We will have to make ourselves compatible with Chinese nation. We will have to match our frequency with China. Chinese are a practical nation while we are slow and imaginative. I have observed that whenever our official delegations visit and interact with Chinese officials our homework is found shallow. We will have to enhance our capability and potential so that we could match the frequency of other nations. Today we are facing the pressures of Financial Action Task Force at international level. We don’t behave like an atomic power and great nation. We are very week in diplomacy.

India and America nexus continues working against Pakistan and we never pay attention towards these serious matters. Pakistan will have to move ahead with enhanced vision, wisdom and capability. If China can complete seven Economic Corridors for the prosperity of 1.35 billion Chinese why can’t we for just two hundred million Pakistanis.

We will have to make ourselves compatible to China because we have entered a new phase of diplomatic, social and economic relationship. Otherwise we will not be able to get benefit out of CPEC at all.